Ceremony took place in person at the Coordination of Bahiana.

The HTLV Center at Bahiana Saúde celebrated 20 years of foundation with a special ceremony that honored its director and founder Dr. Bernardo Galvão Castro Filho, on the morning of November 17th, at the Coordinator of the Bahiana🇧🇷 The vice-rector of the Bahiana, Dr. Humberto Castro Lima Filho, the Centre's nurse, Prof. Aidê Nunes, the representative member of the HTLVida association, Mr. Francisco Daltro, in addition to the teacher at Bahiana and researcher Fernanda Grassi, representing Fiocruz.

The Doctor. Bernardo Galvão received, from the director of the Medical Center of Bahiana, prof. doctor Luiz Eduardo Fonteles Ritt, a plaque marking the tribute. In the programming, a video was also shown, presenting the entire trajectory of the HTLV Center of the Bahiana, which for many years was a national reference in the treatment and care of people with HTLV. "That 'weird' force that emanates from you is what keeps me going," stated Dr. Galvão, honoring the Bahian singer Gal Like, who passed away on November 10th.

"We cannot fail to celebrate this moment, a trajectory of struggle, effort and commitment by so many people, but led by Dr. Galvão who, with the support of Dr. Humberto Castro Lima and Dr. Maria Luisa Carvalho Soliani, made a great work with the public sectors so that we could give attention to these people who have a neglected disease", pointed out Dr. Humberto Castro Lima Filho. 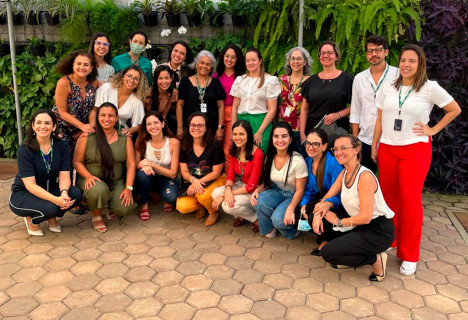 Activity promoted the training of physical therapists and speech therapists for the management of patients with spinal muscular amyotrophy (SMA). 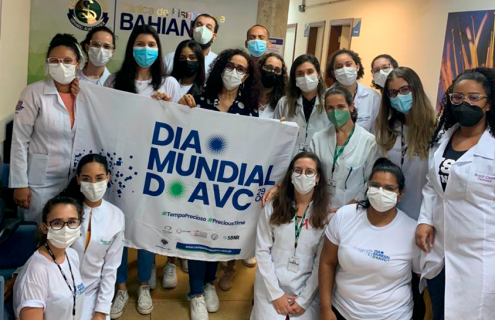 Actions took place at the Medical Center of Bahiana.

Medical students have papers approved at an Australian HTLV congress

Works will be presented in May, at the scientific event that is one of the most important in the world.