Symposium emphasizes the launch of the Evidence-Based Medicine Center in Bahiana, which takes place on 09/08.

The event was attended by an English doctor who is enthusiastic about the Choosing Wisely movement in the UK.

Should a surgical procedure, a drug treatment or a more invasive exam be performed or not, should it be just a doctor's decision? For Dr. Luis Cláudio Correa, Professor of Medicine, the answer is no! In his lecture at the International Symposium on Evidence-Based Medicine that took place on July 20, at Campus Cabula, he emphasized that the decision must be taken in a shared way, with the full participation of the patient. This is one of the strands of the Choosing Wisely movement, a partner initiative of the event, together with the Institutional Relations and Internationalization Nucleus of Bahiana (REAII) and the institution's Graduate Program. On the occasion, the packed auditorium also received guest speaker Aseem Malhotra, an English doctor and an enthusiast of Choosing Wisely in the UK. 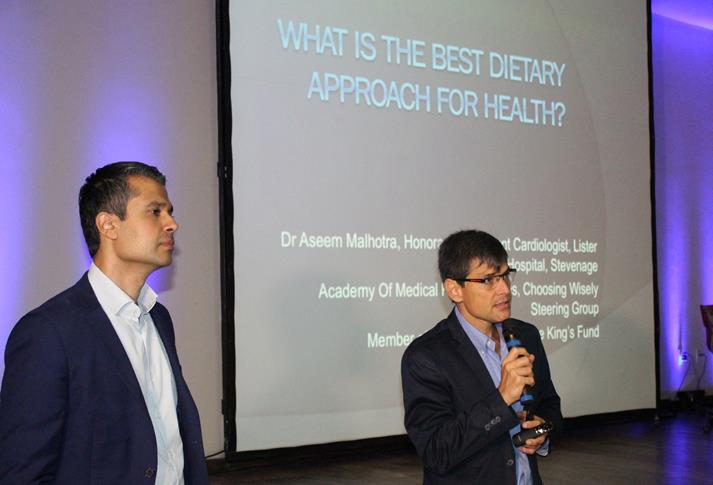 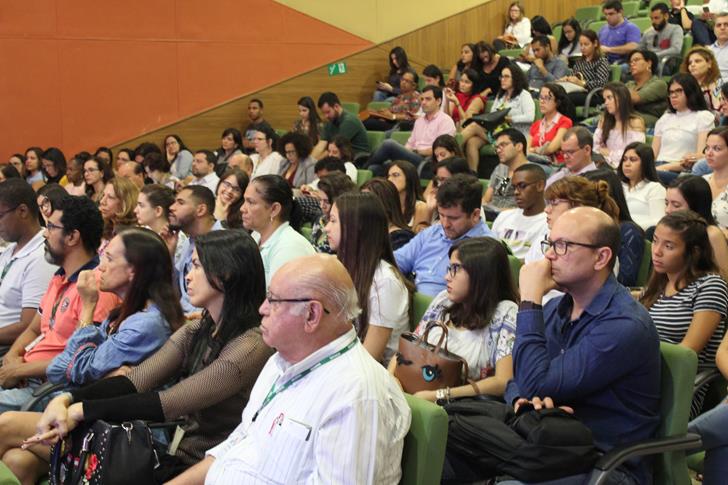 The dean of the Bahiana Dr. Maria Luisa Carvalho Soliani, the medical director of the Medical Center of Bahiana Health Dr. Humberto Castro Lima, the coordinator of REAII, Maria Antonieta Araújo, and the coordinators of undergraduate and graduate courses at the institution, in addition to students, researchers and health professionals from other entities.

The Symposium also marked the launch of the Evidence-Based Medicine Center at Bahiana, which takes place on August 09, an initiative coordinated by Professor Luis Cláudio Correia: “The main objective of the center is to promote scientific thinking, not only in health decisions but also in the general population, which I call 'scientific literacy in population'. ” He explains that, in general, decisions, not only medical, but political, economic and personal are not made based on evidence, “people don't know what skepticism is, they don't know the value of science”. 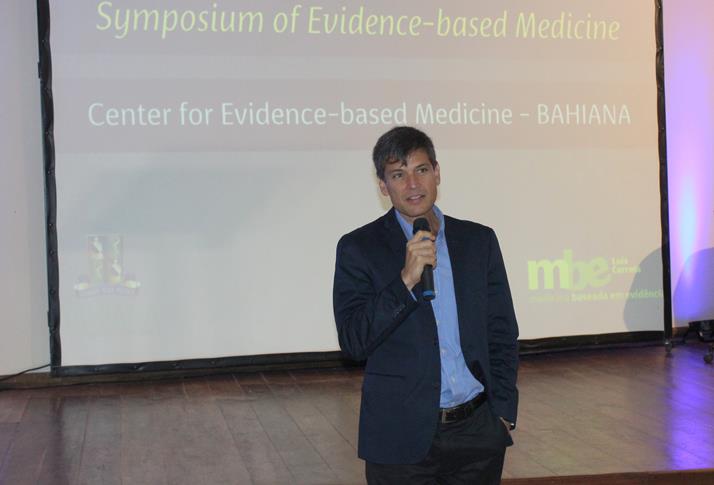 According to Luis Cláudio Correia, the center has already been promoting initiatives in the Bahiana, such as encouraging the Choosing Wisely movement, educational actions, the creation of an evidence-based medicine website, the journal Journal of Evidence-Based Healthcare, among others.

According to the leader of the Choosing Wisely na movement Bahiana and coordinator of the Telemedicine and Telehealth Center and the Health Informatics Technologist course at Bahiana, prof. ª Marta Menezes, the initiative is committed to the training of new health professionals: “We have to start from the principle that the educational institution is the transformer of society. So, we have to better train the future health professional and, for that, it is necessary to rescue principles, values ​​and skills such as talking, getting to know, improving empathy, working on the recognition of limits, difficulties and knowing how to recognize the best evidence to be offered to the patient”. Marta highlights the strong adherence of teachers from Bahiana and how, in a short time, the results have been noticed: “The professors involved in the campaign are also active in other educational institutions, in their offices with patients. We are seeing a concrete change in the short time we started. This shows that we have the potential to change things once we care about something that is so important to everyone. ” 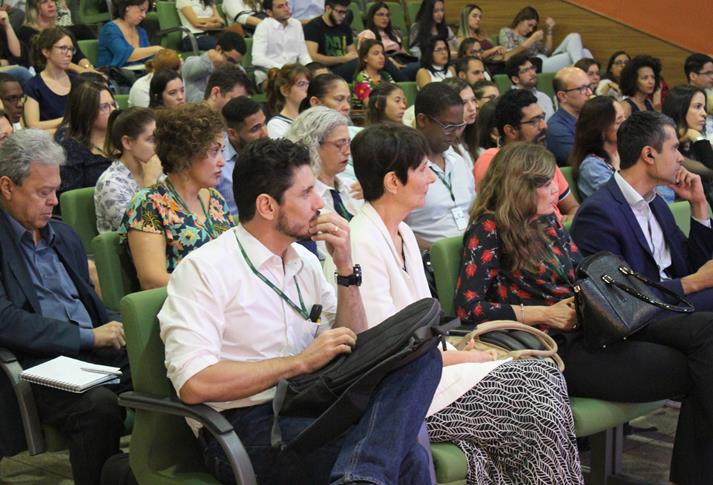 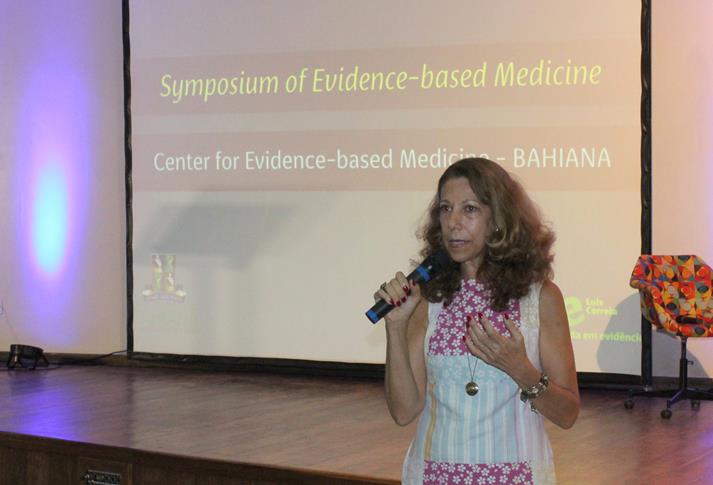 In his speech, Aseem Malhotra pointed out the importance of changing habits – by adopting healthier attitudes – in contrast to drug treatments and procedures. He emphasizes that one of the biggest barriers to strengthening Choosing Wisely “is the system that encourages the excessive use of medications and the unnecessary indication of medical procedures, which leads to a culture of excess. Changing the culture, we change the system. Therefore, the financial resources would work with Choosing Wisely and not against it”.

The binomials “skepticism and belief”, “science and pseudoscience” were the focus of prof. Luis Cláudio Correia, who emphasized the importance of evidence-based scientific thinking for the solution of scientific questions, in the context of research and philosophical and personal questions. 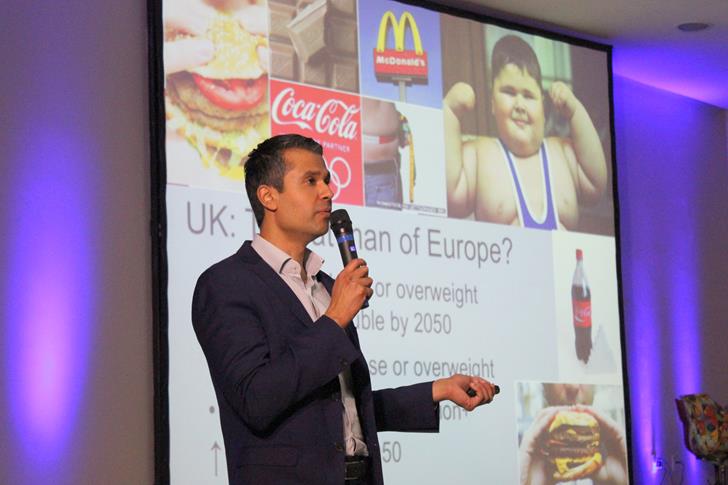 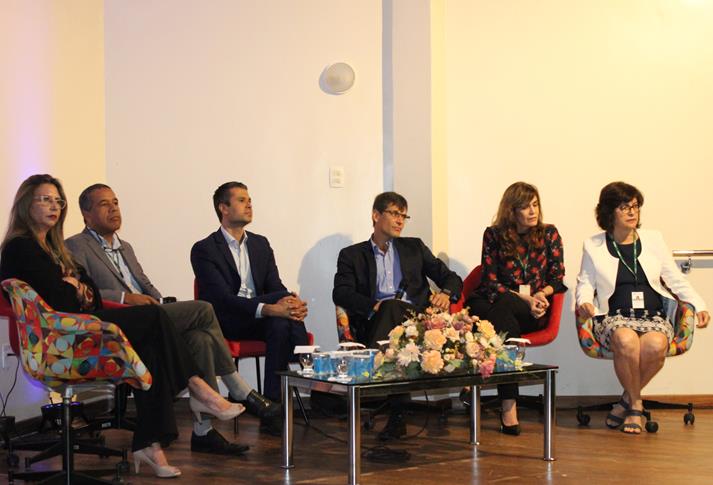