In commemoration of the World Epilepsy Awareness Day, celebrated on March 26, the epilepsy outpatient clinic of the Teaching-Assistance Outpatient Clinic of Bahiana (ADAB) held, on March 23, the I Symposium Living with Epilepsy. The meeting that took place at the Brotas Academic Unit brought together, throughout the day, patients, family members, undergraduate students and health professionals in order to promote activities focused on sharing information and combating prejudice against the disease.

In the morning shift, educational lectures were held to promote the patient's quality of life, covering topics such as oral health, physical activity and memorization exercises. 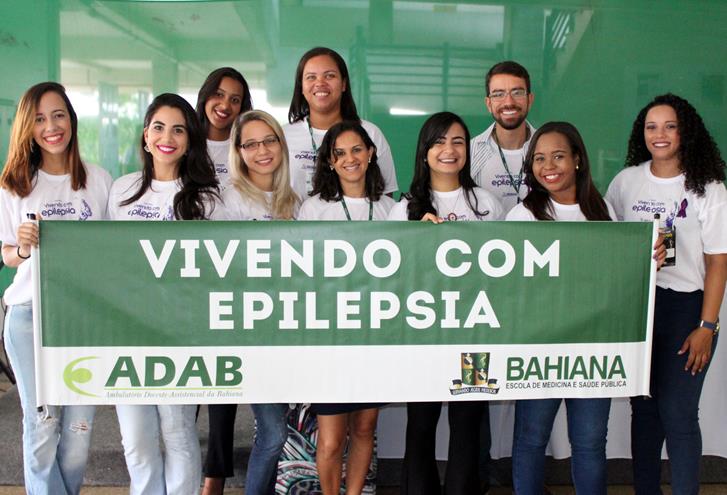 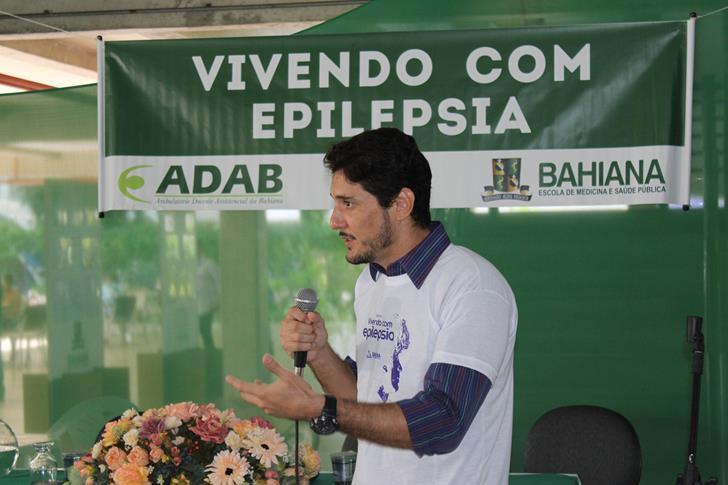 “I am very proud to be here at this wonderful event. This day has been a milestone for me. Know more about epilepsy, how to deal with it, fight it. I just thank you”, declares the 51-year-old patient, Mailza dos Santos Borges. She says that she has been monitored at the epilepsy clinic since 2015, when she was referred by professionals from the Center for Prevention and Rehabilitation of People with Disabilities (Cepred). “Everything in the clinic pleases me, I was very well received here”. Mailza also highlighted the opportunity to ask questions and learn more about the disease. “Before, I didn't really understand what it was. The lectures given today helped us patients a lot”.

Another inspiring report was that of teenager Bárbara da Silva Santos. At the age of 17, she is in the 8th grade of high school and just a year ago she was diagnosed at the epilepsy clinic at Bahiana. “When I arrived here, it was a completely different service. Unlike the other doctors I went to, I really liked it, especially Dr. Humberto Castro Lima Filho, because he was able to diagnose the disease right away. Until then, I didn't have the diagnosis. Doctors identified the seizure, but did not know how to determine the cause of the problem." She says that the quality of life improved a lot after starting treatment. 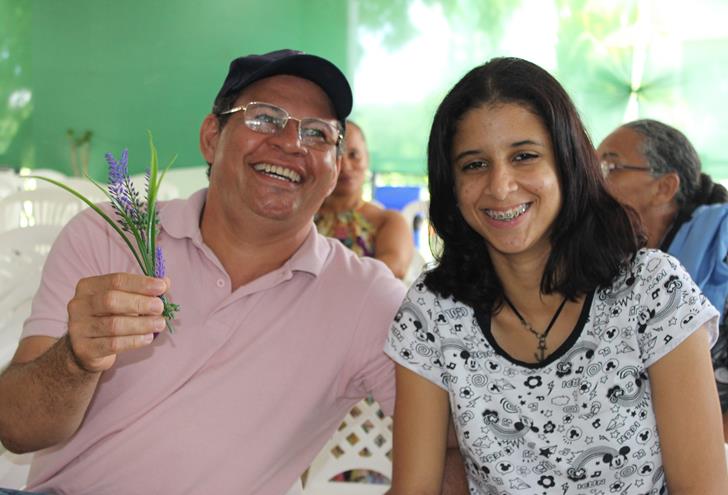 Barbara also encourages other young women who are going through the same situation not to fear prejudice. “Living with epilepsy is a bit complicated because you are often rejected and it is a situation that you have to learn to live with. I openly tell those I live with that I have epilepsy, because people have to know so they can help you too. I consider that I lead a normal life. People shouldn't be ashamed of themselves. We don't ask to have the disease, this is a natural thing, as I can have it, anyone else can have it. So don't be shy, don't be intimidated.”

The neurologist and coordinator of the clinic and medical director of ADAB, Dr. Humberto Castro Lima Filho, emphasizes that the symposium had as its main objective to combat the prejudice that exists around the disease, through the promotion of information. “The proposal we made to bring patients and students from undergraduate courses to learn more about epilepsy is very important. So, in this context, our purpose here is to share knowledge with as many people as possible”.

In the afternoon, the event had a more scientific nature, being aimed at the academic public. Students of the individual undergraduate courses at Bahiana watched the speeches of Dr. Humberto Castro Lima Filho who addressed the aspects of epilepsy in the individual adult; Dr. Marielza Fernandez Veiga, coordinator of the epilepsy clinic at Hospital das Clínicas who spoke about the disease in childhood; from the nurse of the epilepsy clinic at Bahiana and professor at the institution, Ana Maria Cruz Santos, who gave a report on health care for women of childbearing age, the focus of her work at the clinic, and the Psychology professor and outpatient psychologist Josiane Mota Lopes, who spoke about follow-up of patients and family members within the clinic.

“Students who stay in the epilepsy clinic are in the boarding school in secondary care, which is within the outpatient context. They develop skills to carry out psychological and neuropsychological assessment, process of listening and welcoming patients and family members who come for treatment. So, they begin to understand how the dynamics of a psychologist's performance takes place within the outpatient context”, explains Josiane.

After the lectures, the former student of the Nursing course at Bahiana, Naiara de Jesus Matos and Psychology student Maiara Iasmim Pinto Borges reported their internship experiences at the clinic.

“I entered the epilepsy clinic through the Cuidar Faz Bem program and there our objective was to work with women of childbearing age, a population aged 10 to 49 years in which there is a drug intervention with antiepileptics and oral contraceptives. So, we sent these women to the gynecology service to have the IUD inserted, which is one of the most effective methods to prevent pregnancy,” says Naiara, now a monitor and volunteer researcher at the clinic.

“Having participated in the internship was a very enriching experience, as we work there in a multidisciplinary way and, therefore, I was able to experience how these patients are assisted in a comprehensive manner. The experience reaffirmed what the faculty taught: we must have this integral look at the patient, not just look at the disease”, reported Naiara. 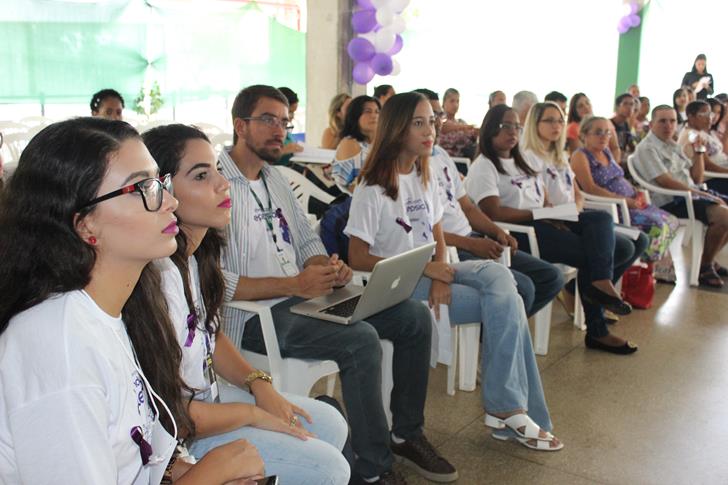 For Maiara Iasmim Pinto Borges, the internship moment can be decisive for the student's professional future. "I think it is an enriching moment, because, if we have the opportunity to already have a practice, when we leave here it will help to make our professional choice".

For the student, in addition to putting the student in direct contact with the outpatient reality, the internship is also a hub of information. "I think that doing an internship at the epilepsy clinic is a unique opportunity, because we usually know someone who has the disease, but I had no idea of ​​how many things are attached to a person with epilepsy." She says that before having contact with the clinic, she had no idea how much stigma is associated with the disease. “When assisting patients, we can see the suffering they go through, see the prejudice that exists and the difficulty. There is still a lot of lack of information permeating epilepsy.” 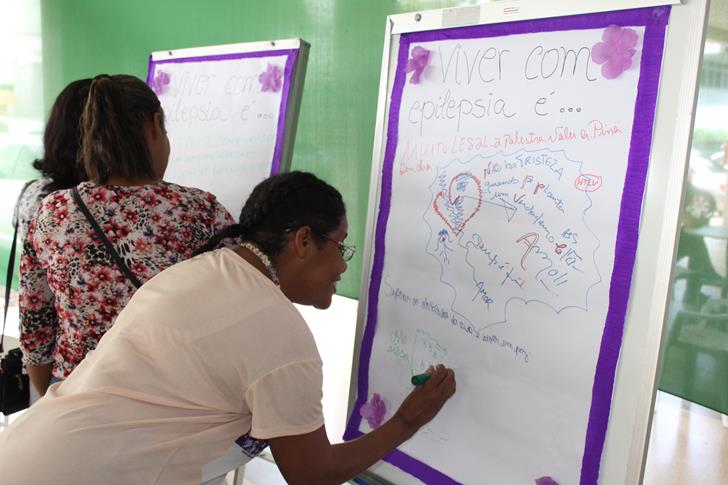 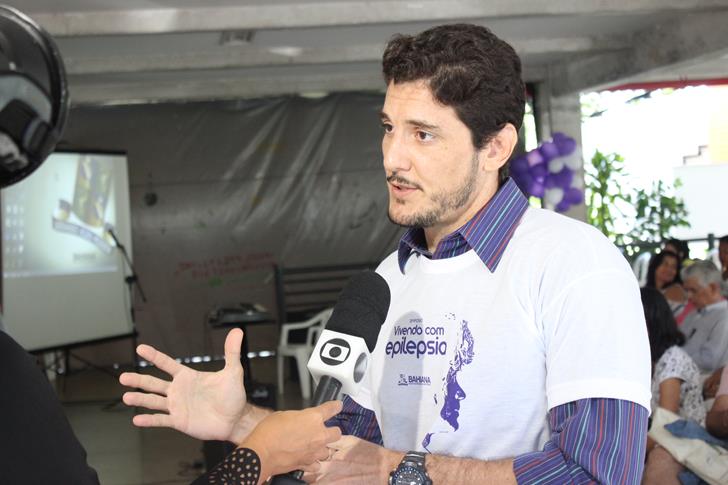 “Prejudice is caused by ignorance, by lack of knowledge, so information is the remedy for that. We have an obligation to provide more information”, says Dr. Humberto, who also highlighted the interdisciplinary aspect of the work carried out at the clinic. “Our clinic can be considered still young, as we have been developing this work for just five years. But now we can say that it is becoming an interdisciplinary clinic. We have neurologists, psychologists, nurses, a neuropsychologist who assesses the cognitive function of patients, as well as students of medicine, nursing and psychology."

According to the coordinator, the consultations also take place in an interdisciplinary way, which makes it possible to offer a better quality of life to each patient. "Patients go through this entire team, which allows us to have a vision and an interdisciplinary approach and this is a very big advantage, because nowadays there is no longer the possibility of working alone, the doctor does not work alone, he works in team, which really helps to improve the quality of life of patients, in this case, those with epilepsy.”