The works were produced by researchers from the Childhood Urinal Disorders Center (CEDIMI).

Representing Bahiana, researchers Noel Charlles dos Santos and Eliakim Massuqueto were awarded at the XXXVIII Brazilian Congress of Urology, the third largest congress in the world. The scientific work of researchers at the Center for Urinal Disorders in Childhood Escola Bahiana de Medicina e Saúde Pública (CEDIMI) won the first two places as the best polls of the event. The supervisors of the award-winning productions were Dr. Ubirajara Barroso (CEDIMI coordinator) and Dr. Glícia Abreu (CEDIMI researcher).

Noel Charlles dos Santos, a fourth-year medical student, won first place with the scientific work entitled “Rectal diameter as a predictor of response to treatment with transcutaneous parasacral electrostimulation (TENS) in children with vesico-intestinal dysfunction (VID)”. The researcher highlighted his pleasure in representing CEDIMI at the Congress. “Having this opportunity, both to represent the group and to win an award, is a great happiness. Even more so since the Center is a pioneer in Brazil and one of the main references in the management of voiding disorders in childhood, having as a differential treatments associated with physiotherapy”, explained the researcher when referring to the vast scientific production of CEDIMI.

“The support of Bahiana in all our works, not just this one, it is sensational. I'm from Rondônia, and what I think is that there should be an institution like Bahiana in many other regions of the country”, as the researcher Eliakim Massuqueto, who won the second place for the best work of the Congress with scientific research, described: “Corporoplasty: an anatomical and functional reproduction of the clitoris in patients with sexual differentiation disorder”. Eliakim Massuqueto, who is a master's student at Bahiana, also participated in the survey that won first place in the congress, and also revealed that “this recognition is the result of a lot of collective effort and is in line with what we seek in the survey”. Also participating in the award-winning research were Drs. Maria Luiza Veiga, Maria Thais Calazans, Bruna Venturini, Leydi Casas and Dr. Marcelo Villalta. 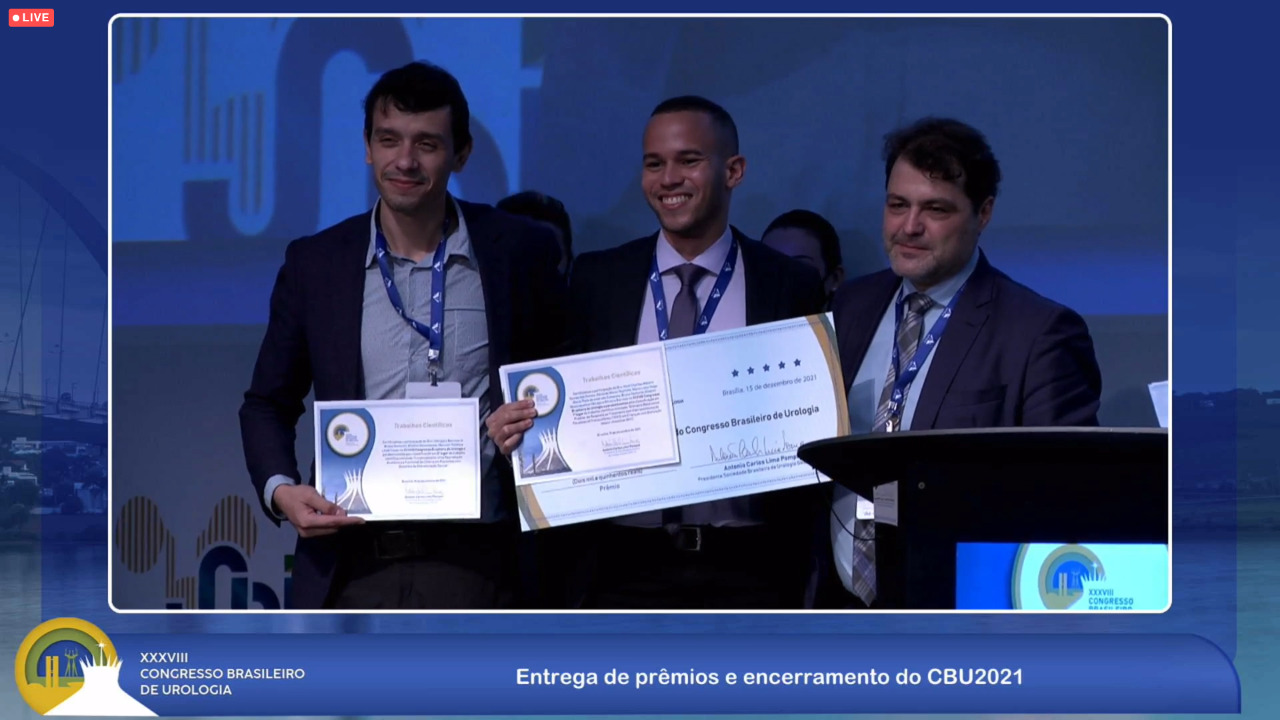 The researches were carried out at the Center for Voiding Disorders in Childhood of Bahiana ? CEDIM.

The research was presented at the 39th Brazilian Congress of Pediatrics.

Work developed at CEDIMI is awarded at a national congress

The research won 2nd place in the "free subject" category at the 68th Brazilian Congress of Coloproctology.