The initiative promoted discussions about mental health in the context of the pandemic, in sync with moments of relaxation and art.

Discussions on the promotion of mental health among young people in the context of the pandemic in synchrony with moments of relaxation and art were highlighted in the VIII edition of the Forum of CAJU (Center for Attention to Youth). The event had as its main theme "The sensitivity in rough times" and took place on October 29, live, through the channel of YouTube da Escola Bahiana de Medicina e Saúde Pública.

The action presented the CAJU outreach programs, through reflections on ethical, aesthetic and political aspects involved in care practices. As explained by the teacher at Bahiana and event coordinator, Fábio Giorgio Azevedo, the themes addressed, to use a metaphor, referred to perceiving “a flower (or poetry, hope) that springs from the nausea of ​​everyday life”.

The event was also the stage for the launch of Revitta Comma, presented by some of the members of the project "Itinerant Mental Health Community" (CISMA), who were students Natália Mesquita, Nábile Carvalho, Rodrigo Mendonça, Raphael Gadelha and Catarina Lisboa. The project is one of the extension programs of CAJU. video-performance "This Flag is Ours", produced and directed by students from Bahiana, in partnership with youth from REPROTAI - Itapagipe's Young Protagonists Network, marked the end of the VIII CAJU. 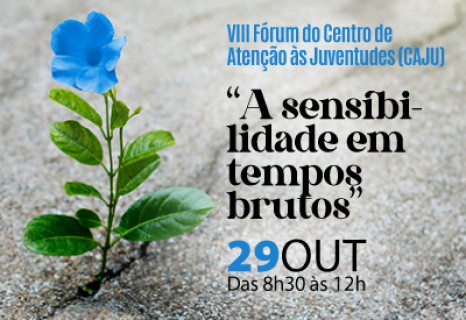 This year, the event proposes a reflection on the ethical, aesthetic and political aspects involved in mental health care practices. 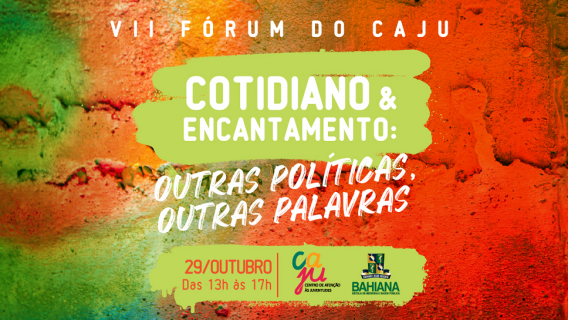 The event provoked a reflection on the ability to dream of another world.

Applications can be made between November 2nd and 7th.