The event was part of the XXI Scientific and Cultural Exhibition of Bahiana.

With artistic performances, debates on affirmative actions and the power to transform reality, the VIII Extent of the Bahiana took place on October 1st and was broadcast on the Zoom platform. The opening ceremony included a presentation by Professor Carolina Pedroza, dean of extension, and the occasion was part of the programming of the XXI Scientific and Cultural Exhibition of Bahiana, held on October 1st and 2nd, whose main theme was "Planetary Health from the perspective of original and traditional peoples".

The opening of the Exhibition featured the presentation of Cordel Redes Candeal, composed of extension students from the Redes Candeal Extension Program. Soon after, the panel “The Learning Experiences of Extension in Health Education”, with the guest Denize Ribeiro (professor at UFRB), was given. Professor Carolina Pedroza mediated the conversation “What we learned in the Extension of Bahiana?”.

In addition, representing the Itinerant Mental Health Community Program (CISMA) and the Youth Care Center (CAJU), students Jade Guimarães, CISMA extensionist, and Tacynha Breezy, member of Grupo Performático Sem Limites (affiliated with REPROTAI), spoke during the ceremony. The program continued with lectures given by extension students and community representatives. After the elucidation was finished, a space for debates was opened, and the public could participate. 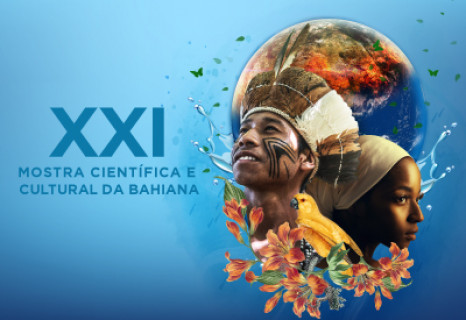 Planetary Health is the theme of the XXI MCC

The event highlighted the importance of the knowledge of traditional and original peoples for the promotion of decolonial health.

The meeting promoted the importance of the cosmovision of the original and traditional peoples of Brazil. 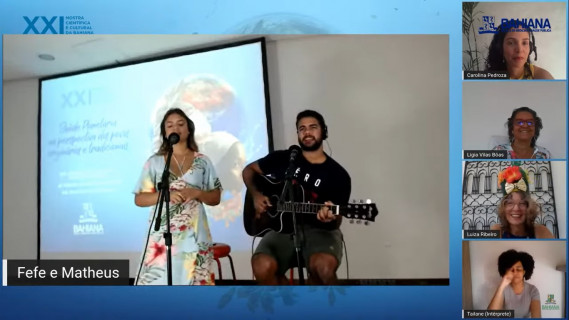 Artistic presentations are featured on the closing morning of XXI MCC

The meeting also included a raffle of prizes for research students