VI Forum on Physical Activity, Health Promotion and Quality of Life brought an exchange of experiences with guest speakers

Activity is a realization of the Physical Education course at Bahiana

A whole day of lectures, exchanges of experiences and even a book launch. That is how the VI Forum on Physical Activity, Health Promotion and Quality of Life was held, held by the Physical Education course at Bahiana, which took place on September 25, with live broadcast on the institution's official YouTube channel. The event was coordinated by Professor Ciro Oliveira Queiroz. The Forum had, as a satellite event, the I Meeting of Physical Education Graduates.

The program included the talk show “The career challenges of Paralympic athletes”, with the participation of Verônica Almeida (swimming – bronze medal in Beijing 2008) and Renê Campos Pereira (rowing – bronze medal in Tokyo 2020), supported para-athlete for the Bahiana. On the occasion, the guests spoke about their sporting achievements and the difficulties faced by parathletes from Bahia. At this time, Renê highlighted the support of the Bahiana as the only one in the state received for the Tokyo 2020 campaign.

The event also included the launch of the second volume of the book "Physical Education of the Escola Bahiana de Medicina e Saúde Pública – Undergraduate Scientific Research Practice”, with scientific articles produced by professors and students of the course.

Check out the recording of the VI Forum on Physical Activity, Health Promotion and Quality of Life below: 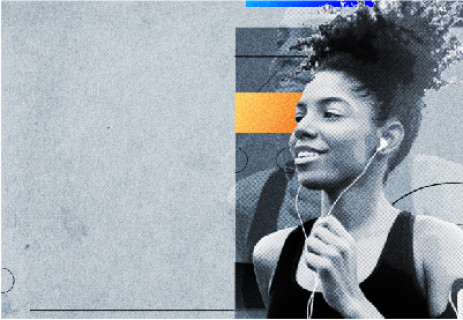 Physical Education professionals promote a broad discussion about the practice of the profession during the COVID-19 pandemic.

Night was focused on the current profile of the physical education professional.

The initiative is free and takes place through the Zoom Meeting platform.