The event provoked a reflection on the ability to dream of another world.

“Everyday life and enchantment: other policies, other words” was the theme of the VII Forum of the Youth Care Center (CAJU). The event open to the public, promoted by Escola Bahiana de Medicina e Saúde Pública, took place digitally, on October 29, from 13:17 pm to XNUMX:XNUMX pm, and was broadcast by the institution's official channel on the YouTube. Students, professionals and the general public were able to enjoy a varied program on politics and philosophy, with artistic presentations, workshops and reflections by professors Luiz Rufino (UERJ), Fábio Giorgio Azevedo (Bahiana), Milena Lisbon (Bahiana), Paulo Oliveira (Bahiana), Mayara Novais (Bahiana) and Veridiana Machado (Bahiana). 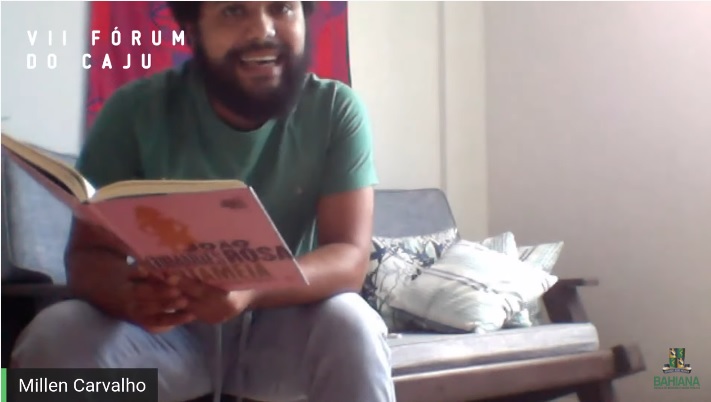 the teacher of Bahiana, coordinator of CAJU and social-community psychologist Fábio Giorgio Azevedo coordinated and mediated the event, which addressed enchantment as a life policy from the perspective of youth demands and mental health in times of pandemic. “The CAJU Forum was created with the mission of addressing the 'urgency of the hour', let's say. Therefore, it is also an annual intergenerational meeting, where people can exchange knowledge and experience practices relevant to caring for themselves and others”, describes the professor.

“The VII CAJU Forum intended to be a kind of small 'lifeline' that would make us (re)activate our ability to dream of another world – less inequitable, less unequal – through critical reflection on the devastating effects that, for example, the exploitation of nature by man has caused”. Therefore, as explained by the event coordinator, the initiative called on participants to reflect on important issues, such as the debt of each one to nature and to the native peoples of that country and about what is possible to reactivate in us the sensitivity of ancestral cultures such as the Amerindians, who knew so well and know how to relate to nature and all beings.

As for holding the forum digitally, the psychologist considers that it was a challenge faced with enthusiasm and strangeness, as experiencing a meeting at a distance helped to demonstrate that presence is something more than sharing the same space-time with other people: " Presence also means a genuine encounter, mediated by happy affections and intense exchanges around essential issues. And this was possible to achieve and feel with the VII Forum of CAJU”. 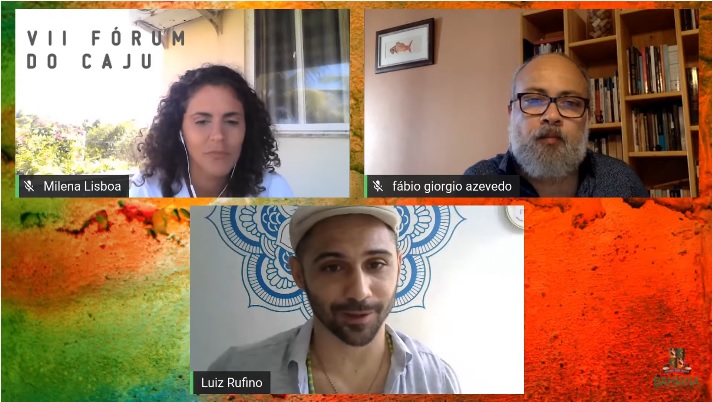 The Forum
The action has been taking place since 2014 and has already addressed a variety of topics: local territories as health promoting places; the contemporaneity of ancestral forms of care; knowledge of experience in caring for young people; youth sociabilities in cyberculture; the use of artistic poetics as a way to practice self-care to (re)exist.

Fábio Azevedo also explains that, in this seventh edition, the pandemic was considered the “urgency of the hour”: “This moment that haunts us as a kind of mythical nightmare of the species' disappearance has not been easy for anyone, especially for the youths. Because, experiencing a time in life in which the future is confused with the project of finding a place for themselves in the world, many, many young people have felt that the moment of pandemic put their ability to dream in check. With the feeling that 'the Earth has stopped', many do not have, or do not know, what to say and how to elaborate what we are living”.

Professor Paulo Oliveira, a member of the forum's organizing committee, pointed out that, during the construction of the event, he realized the process of transformation of the Bahiana amidst the pandemic, and noted that while some changes to address digital education have taken place, Bahiana consistently maintained its values ​​and missions, always prioritizing humanization and welcoming. “I was very happy to be part of this moment, which was the result of a beautiful team work”, he declared.

Click on the video above to watch the event recording.