Candidiasis cure without the use of medication

Non-invasive method treats, in just five sessions, patients who suffered from the disease for more than six months.

A partnership between Escola Bahiana de Medicina e Saúde Pública and the company DGM Eletrônica has just launched the LED device for vaginal treatments on the market. The initiative will allow the treatment of illnesses, such as candidiasis, on a large scale, through a few sessions that can be carried out by professionals working in the urogynecological area (urologists, gynecologists, physiotherapists and nurses, excluding the use of medications).

candidiasis
Severe itching in the intimate region and pain or burning during sexual intercourse are some of the warning signs for vaginal thrush, an infection caused by any type of fungus of the genus. Candida. It is not considered a sexually transmitted disease, and its treatment is usually carried out with ointments or oral medications.

However, the high recurrence rate, related to the fungus candida glabrata drew the attention of researchers Patrícia Lordêlo, Mariana Robatto and Maria Clara Pavie, from the Pelvic Floor Care Center (CAAP), linked to the Escola Bahiana de Medicina e Saúde Pública. They noticed that many patients did not respond to traditional treatment within the prescribed period (days), going on to months of drug therapy, which leads to adverse effects such as insomnia, anxiety, dysuria (pain or burning when urinating) and vaginal pain. 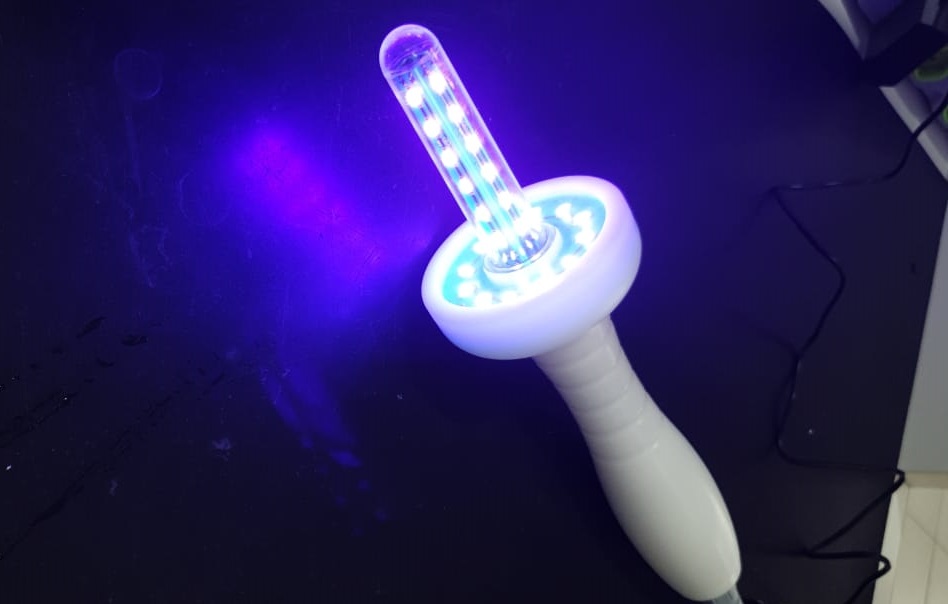 In this sense, the group developed a treatment using the blue emitting diode (LED) light which is already in the stage of randomized clinical trials, having been presented at several conferences in the area, such as the 48th Annual Meeting of the International Continence Society, held in 2018, in Philadelphia, United States, and published in top international scientific journals. impact, such as Lasers in Medical Science.


According to the coordinator of the CAAP, Dr. Patrícia Lordêlo, who is a physiotherapist and PhD in Medicine and Human Health, a device was developed for the emission of blue LED light whose patent has already been filed with the National Institute of Industrial Property. "We have cases of patients who were already in treatment for more than six months and who, with only three sessions of thirty minutes – one session per week – reached a cure". She highlights the absence of contraindications and side effects of the treatment, as it involves light emission without radiation or other external factors. "The session is simple. The patient is lying down and does not have to do anything", explains Lordêlo.

The studies were expanded, and today the device is also intended for the treatment of sexual dysfunctions in cancer patients (such as prostate cancer and combating vulvovaginal atrophy).

LED device for vaginal treatments
After a long period of care in a control group, the prototype showed its effectiveness in the treatment of candidiasis, enabling a partnership between the Bahiana and DGM Electronics for large-scale production and introduction of the device into the healthcare market.

The Dean of Research, Innovation and Post-Graduate Education Stricto Sensu of Bahiana, Dr. Atson Fernandes, highlights the importance of the partnership between academia, with its scientific knowledge, and industry, with its technical expertise, for the success of the project. “It's a great achievement, because we completed all the steps to reach the product: research; technological development, based on a scientific basis; validation and commercialization. It's a big step that shows the institutional maturity of the Bahiana, which contributes its own role, in a so-called 'ecosystem': science, technology and innovation"He says.

The transfer of technology from academia to industry is also celebrated by the CEO of DGM Electronics, Décio Minalle. According to him, a major difficulty is for university researchers to produce, without industrial knowledge, a device that safely reaches society. Minalle also emphasizes that it is costly for industry to maintain researchers in its staff as much as it is for academia to maintain engineers with technical knowledge and access to technological production.

“The partnership is good for both sides: academia comes in with scientific knowledge, and we, from industry, come in with technology. This allows us to deliver a product with scientifically proven efficacy to the market”, adds the CEO. Regarding the approval by the responsible public bodies, Minalle explains that DMG Eletrônica already has approval from ANVISA to produce phototherapy treatment devices, which is precisely the case, because the device is a type of phototherapy, such as the LED Device for vaginal treatments.

PHOTO: From left to right, we have researchers Mariana Robatto, Patrícia Lordêlo and Maria Clara Pavie.