In an online event, the speech therapist from Bahiana Saúde, Ricardo Mota, will speak about voice care. 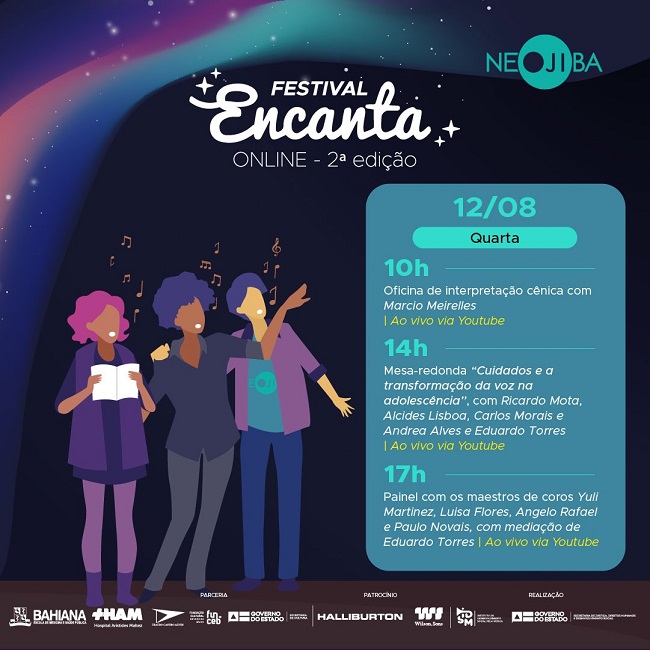 A Escola Bahiana de Medicina e Saúde Pública will be present at the II NEOJIBA Encanta Festival, which has been taking place virtually, broadcast on Facebook and YouTube. The initiative is promoted by the social program of the government of Bahia in support of the State Nucleus of Youth and Children's Orchestras of Bahia (NEOJIBA). Representing the Bahiana, the speech therapist Ricardo Mota, psychomotricity specialist and member of the Cleft lip and palate team at Bahiana Health, will participate in the round table on August 12, at 14 pm.

Ricardo Mota, who was invited to participate in the Festival through Bahiana Saúde, will talk about voice care and voice transformation in adolescence. In addition to Ricardo Mota, conductor Alcides Lisboa and NEOJIBA singers and singing teachers Carlos Morais and Andrea Alves will be on the table. The meeting will be mediated by Eduardo Torres, musical director of NEOJIBA.

The event is taking place virtually, broadcast by Facebook e YouTube, and runs until August 13th, with presentations, conversations and workshops on choral singing, as well as recitals by the Youth Choir. Students, parents of students and anyone interested can access NEOJIBA's YouTube channel and follow the programming live from the event.