the teacher of Bahiana its main area of ​​expertise is the scientific construction of evidence-based medicine.

The professor and coordinator of the Center for Evidence-Based Medicine at Bahiana, Dr. Luis Claudio Correia, received the title of immortal from the Academy of Medicine of Bahia – AMB. The teacher of Bahiana he went on to occupy chair number 16 as a full academic at the AMB, whose patron is physician Cipriano Barbosa Betâmio. The inauguration ceremony took place on November 26, at 19 pm, in the Salão Nobre of the Faculty of Medicine of Bahia, Federal University of Bahia, in Terreiro de Jesus, in Salvador. 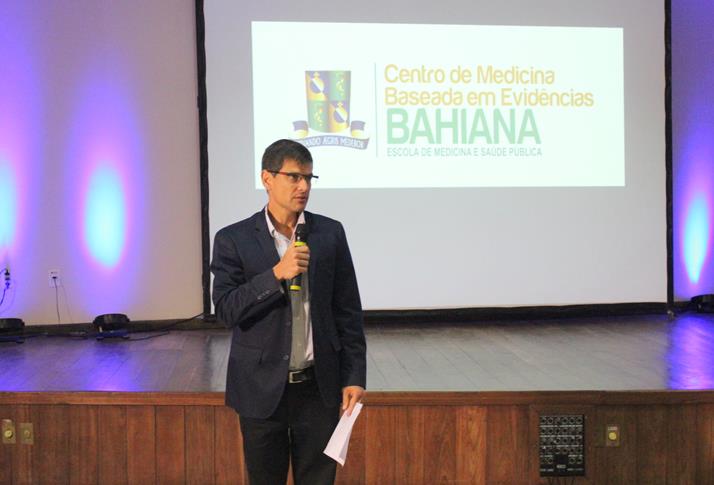 Dr. Luís Cláudio had the full professor of the Bahiana Dr. Bernardo Castro Galvão. On the occasion, Dr. Bernardo Galvão greeted the new academic, highlighting the professor's professional and scientific trajectory, especially in the area of ​​evidence-based medicine and the promotion of scientific thinking in clinical reasoning. The dean, Dr. Maria Luisa C. Soliani and students of the Medicine course at Bahiana were present at the ceremony.

The coordinator of the MBE Center's main area of ​​expertise is the scientific construction of evidence-based medicine, he is the editor-in-chief of Journal of Evidence-based Healthcare (Evidence) and the Evidence-Based Medicine Blog, in addition to being a full member of the Bahia Academy of Sciences. As for the symbology of the ceremony, Professor Luís Cláudio Correia highlights that “take the progressive and 'out of the box' vision of the School Bahiana of Medicine for the traditional Academy of Medicine of Bahia was one of the most significant values ​​represented by the occasion".