Renê Campos is awarded as the best rowing athlete in Brazil

The award was promoted by the Brazilian Paralympic Committee and broadcast by SportTV.

The athlete sponsored by Bahiana, Renê Pereira Campos, was awarded as the best rowing athlete in Brazil, on December 17, 2019, at 20:2019 pm, in the ninth edition of the 24 Paralympic Awards. The event was promoted by the Brazilian Paralympic Committee (CPB), which had already released the list of the XNUMX athletes who were elected the best of the year by sport . The award was broadcast by SportTV and took place at Hotel Unique, in São Paulo. 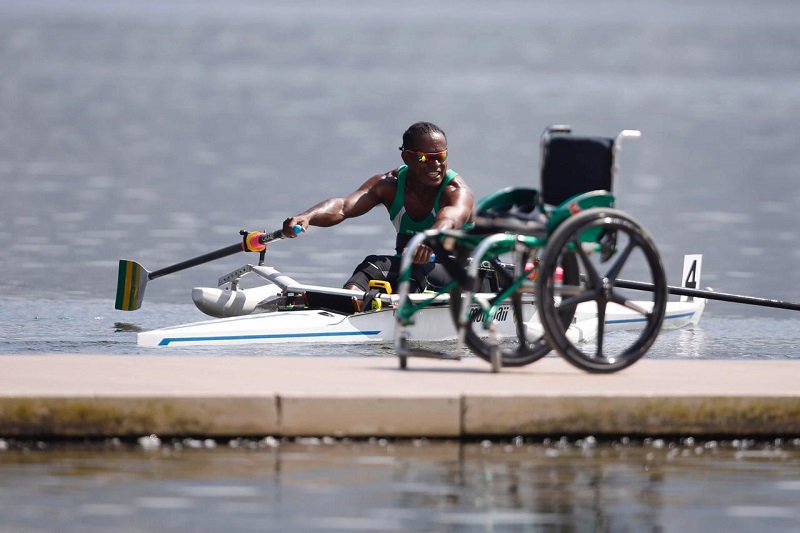 Rower Renê Campos highlights that, among all Paralympic athletes in Brazil, only those who obtained the best classifications corresponding to each category were chosen. Regarding the next competition, the athlete, who considers the partnership with the Bahiana fundamental for the achievement of great results, emphasizes: “With this support, it is now full focus towards Tokyo 2020!”.

The awards night also had Grupo Globo receiving the Aldo Miccolis award. The category is aimed at people or institutions who work hard for the Paralympic cause. In addition to this recognition, the ceremony also awarded the 2019 newcomer athlete, who was the visually impaired swimmer Wendell Belarmino. The award for best individual coach was won by Pedrinho Almeida, from athletics. Fábio Vasconcelos, from 5-a-side football, won the award for best team sports coach of the year. Judoka Alana Maldonado also won the category "Athlete of the crowd" by popular vote.

The ceremony was presented by actress Cris Vianna and Grupo Globo reporter Renato Peters and was attended by authorities such as São Paulo Governor João Dória, Federal Government Special Secretary for Sports, General Décio dos Santos Brasil, in addition to the president of the Olympic Committee of Brazil (COB), Paulo Wanderley.