The event was held in partnership with the Bahiana and the Health Department of Salvador.

In order to give visibility to successful, innovative, interprofessional and teaching-service integration actions that take place in the units of the Cabula/Beiru Health District – DSCB, the Bahiana performed the IV Health Exhibition of the Cabula-Beiru Sanitary District, in partnership with district health workers such as nurses and dentists. The event took place on December 3rd and 4th, at Campus Cabula, from 8 am to 17 pm, and had the support of the Municipal Health Department of the State of Bahia and the University of the State of Bahia – UNEB.

The event, aimed at health service professionals, managers, teachers, students and community members, was based on community-oriented care actions. The initiative, in addition to encouraging other DSCB professionals to carry out similar actions, took place in parallel with the I Meeting of Interprofessional Practices in Health of the Bahiana and had the general coordination of Prof. Rosicleide Araújo Freitas, nurse and Master in Health Technologies.

Among the topics addressed at the IV Health Exhibition, the conference on the new financing for Primary Health Care, mediated by Professor Dr. Ana Paula Chancarulo (UNEB), the tent of Complementary Integrative Practices in Health, under the coordination of Professor Renata Roseghini (CEPICS) and the presentation of works, in the form of oral communication, in classrooms, in addition to round tables and conversation circles, were part of the program during the two days of the event.

“The Health Show reveals the importance of primary care with a focus on strengthening the SUS. The fourth year of the activity was planned and executed by an organizing committee that involved health workers, professors and students from the universities surrounding the DSCB (Bahiana and UNEB)”, explains Prof. Rosicleide Araújo. The president of the Municipal Council of Salvador, Everaldo Braga, points out that it was “very gratifying to participate in an event that publicized works so relevant to the health area”. The president understands that the university's interaction with the Cabula-Beiru District, through actions that strengthen the Unified Health System, helps both SUS users and health professionals working in the community. "That Bahiana promote many more years of this event”.

The extension dean of Bahiana, Carolina Pedroza, highlights that the partnership of Bahiana with the Salvador Department of Health, specifically with the Cabula-Beiru District, it has been strengthened every year and that, from extension, teaching and research activities, there is the integration of teaching, service and community, with the Showcase a means of presenting the results of that partnership. Carolina Pedroza also understands that it is the institution's role to offer the debate together with the municipal health department for the development of resistance strategies. Regarding this role, the dean emphasizes the role of the Education Program for Work for Health / PET - Health / Interprofessionality of Bahiana, which enabled the integration of Bahiana in a multidisciplinary way with the district community.

The show gathered around 150 subscribers and involved various health segments. Among the participants, Juliana Rodrigues de Andrade, a dentist and a civil servant at the Municipality of Salvador, who attended the event with the aim of updating herself in relation to the new financing model for Primary Health Care and to learn about the successful activities of reception and remapping of the Family Health Units in the District of Cabula-Beiru. “Participating in this occasion is very relevant for my performance, since I work in a Municipal Health Unit”. 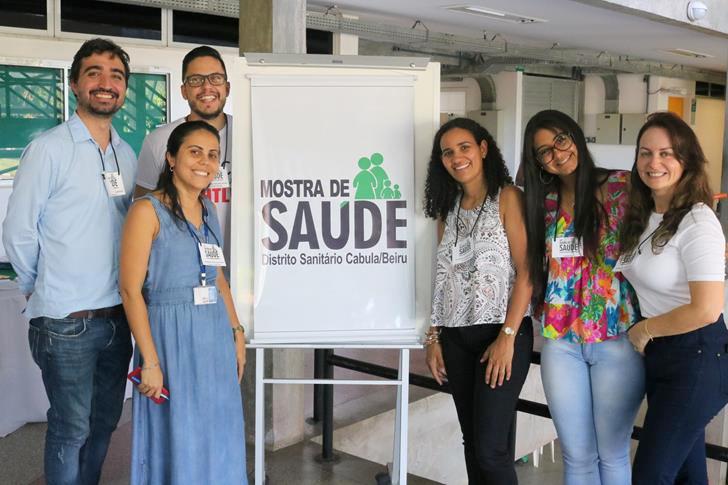