"Science, Philosophy, Love and Art: all together and mixed". This was the theme of the XIX Scientific and Cultural Exhibition of Bahiana which took place on October 8th and 9th at Campus Cabula, when dozens of scientific, cultural and artistic activities were carried out, involving hundreds of students, professors, researchers, representatives of governmental and non-governmental organizations and organized civil society. The first day understood the IX Researchers Forum of Bahiana and the first moment of XVII PIBIC Scientific Initiation Journey, with the presentation of scientific works and awards. In turn, art was even more present on the second day of the event, which opened with the presentation "A Vida é uma Wealth" by Grupo Sem Limites, linked to the Network of Protagonists in Action of Itapagipe (REPROTAI). The opening was attended by the coordinator of People Development, Prof. Luiza Ribeiro, the Dean of Extension, Carolina Pedroza, and the pedagogical advisor of the Institutional Program for Teacher Development (PROIDD), Lígia Marques Vilas Bôas, both general coordinators of MCC . 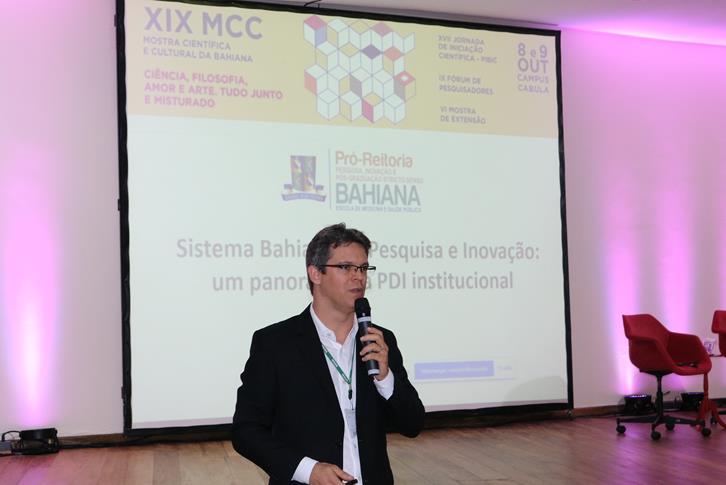 "Bahiana preaches a formation with everything together and mixed. The hierarchies here are diluted in the citizen role of each one. So the Scientific and Cultural Exhibition reflects this joyful interdisciplinary work. The collaborator or the person of the community", declares Luiza Ribeiro. 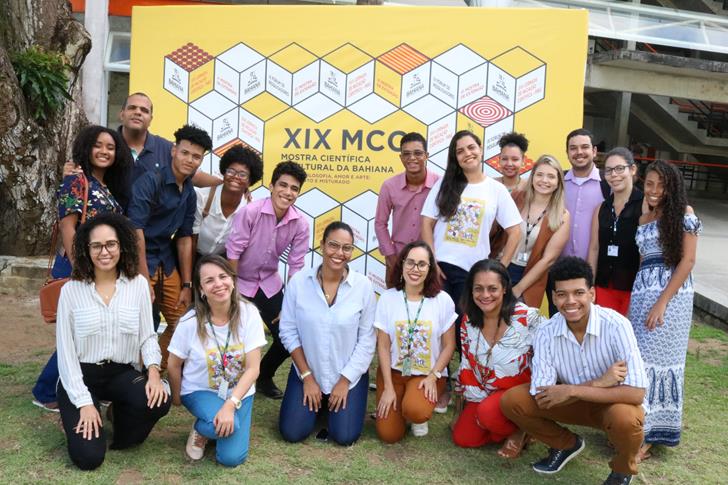 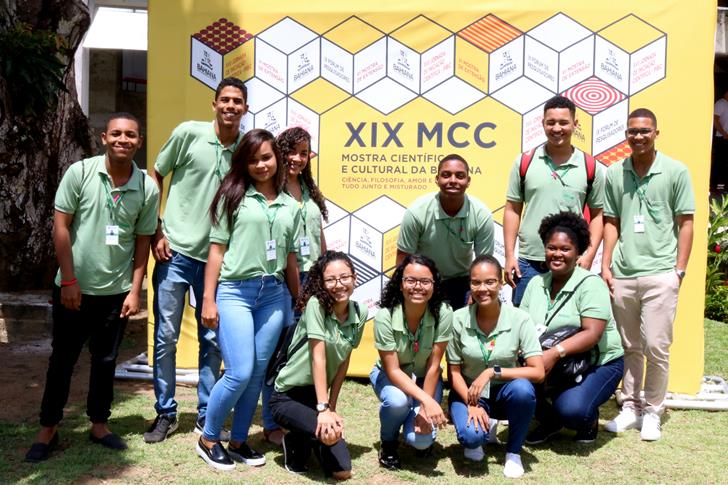 According to Lígia Marques Vilas Bôas, the idea behind this year's theme is to think about integration: "When we separate these elements, it is for a didactic matter, but our practice is crossed by a philosophy: nobody is neutral, nobody produces anything without being in a position, even if he doesn't recognize himself, and the scientist is a political being – he does science in the service of some idea. Is he doing science for love? Is science an art? Science has a philosophy that he respects and do you believe and it's for diversity? That's why it's 'all together and mixed'".

Racism, sexism, homophobia, urban violence and social inequalities were some points of reflection proposed in the presentation and later discussed in a chat involving the young artists and the audience. Leandro Davanso (@kenai0114), a member of Sem Limites, says that he met REPROTAI after leaving his parents' house, when he was only 16, to pursue a career as an artist. According to him, it was on the network that he was able to develop his artistic talent, and today, in addition to being an art educator, he is a representative of public policies, through the MJPOP (REPROTAI) project: "Today we are developing this training for younger people, with art and politics, teaching them to think politically so they know where they belong, and so they don't expect others to do it for them. And their place is wherever they feel like being, wherever they long to be."

To Carlos Santos da Luz (@mano_xandao_official), also a member of Sem Limites, the group proposes life: "Regardless of the adverse situations that happen to us and everything that oppresses us, we manage to transform it into poetry, music, dance and theater. This universe of art, music and of the culture itself is what gives us the subsidy to make others leave their boxes as well. We have to understand that each person is a universe, and therein lies the idea that there are thousands of possibilities to create art". The actors and dancers Noca Cruz also participated in the presentation (@sopodiasblack), Taciane Campos (@tacynhabreezy), Wadi Santana (@wadsonsantana) and Liliane Silva.

"When we think that the Bahiana it has exhausted everything it can extract from us in terms of potential, learning, emotion and art, it surprises us. It's great to be in this place and experience this emotion with these people, because, although we discuss the topic, which was brought here, it's different for you to live what we live. Bringing art, philosophy, science... all together and mixed and not being thought, but felt. That's how we learn. That's why we are proud to be and to be Bahiana", declared the professor of the Nursing course, Cristane Magali. 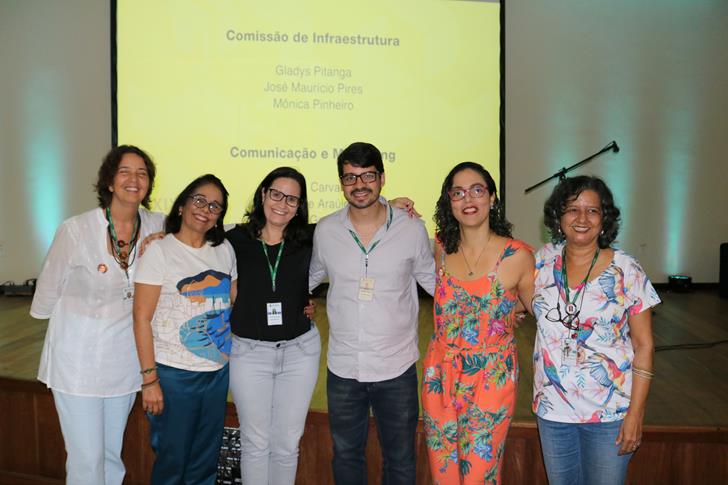 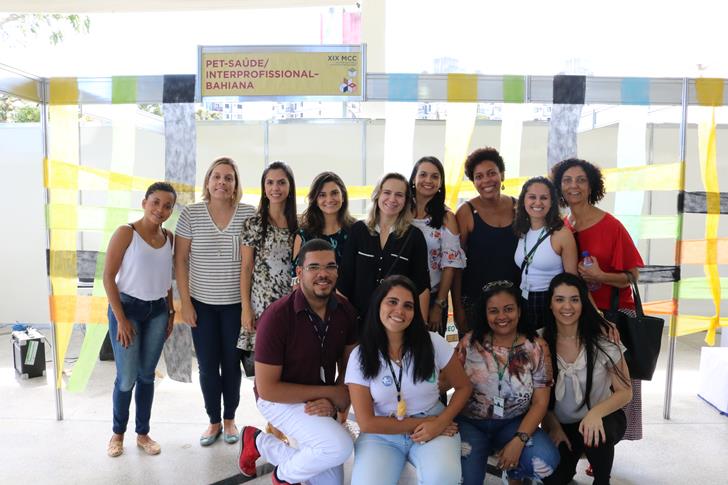 TO PLAY
Also following the concept of this edition of MCC, the clip was released "You are Five", fruit of the Pra Tocar project, conceived by the employee of the Heritage sector at Bahiana Márcio Santos and carried out by the Strategic Management of People and Organizational Learning – GEPAP. Telma Bastos, manager of GEPAP, explains that the project was born from a workshop held at the last annual meeting of employees whose theme was "Learning and Teaching". On the occasion, workshops were promoted by the employees themselves. "Knowing that Márcio is a professional percussionist, we invited him to hold a percussion workshop and, at the end of the meeting, there was a presentation that pleased everyone present. This motivated Márcio, who realized the opportunity to carry out an activity that also involved PWDs However, Pra Tocar attracted more people and today it is open to any collaborator and student". The group meets on Wednesday afternoons on Campus Brotas. 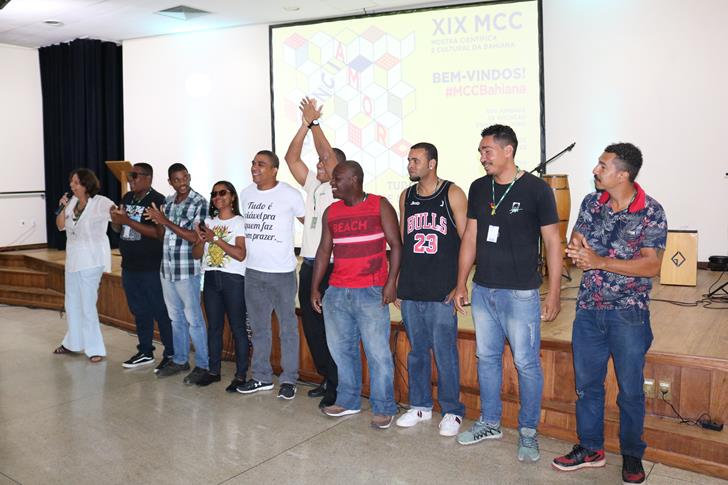 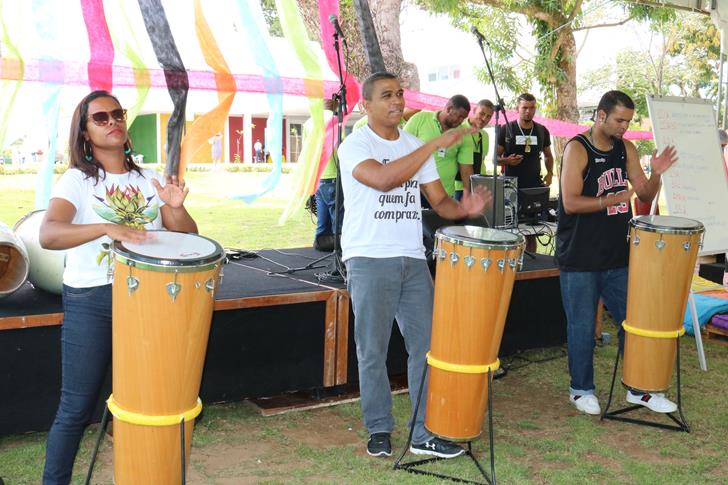 The activities in the auditorium were concluded with the traditional drawing of air tickets for approved works, aimed at the participation of students and/or professors in scientific events outside the state.

RELATED NEWS | Read too:
XVII Scientific Initiation Journey (PIBIC) is marked by interdisciplinarity
MCC is also Social Responsibility
PET Bahiana stood out in the XIX MCC
Tents in the green area were part of the programming of the XIX MCC of the Bahiana
Bahiana Green is featured in XIX MCC