Still celebrating the title of Best Company to Work for in Bahia, according to a survey conducted by the Great Place to Work Institute, the Escola Bahiana de Medicina e Saúde Pública expands the festivities, ranking among the 150 best large companies to work for in Brazil, reaching the 31X place, which represents an advance of 16 positions compared to last year's ranking. The announcement took place on the night of August 12, at a ceremony held at the Espaço das Américas auditorium in São Paulo. The manager of the Strategic Management of People and Organizational Learning - GEPAP, Telma Bastos, and the supervisor of Performance and Benefits of the institution represented the institution. Bahiana, Louise Tango. 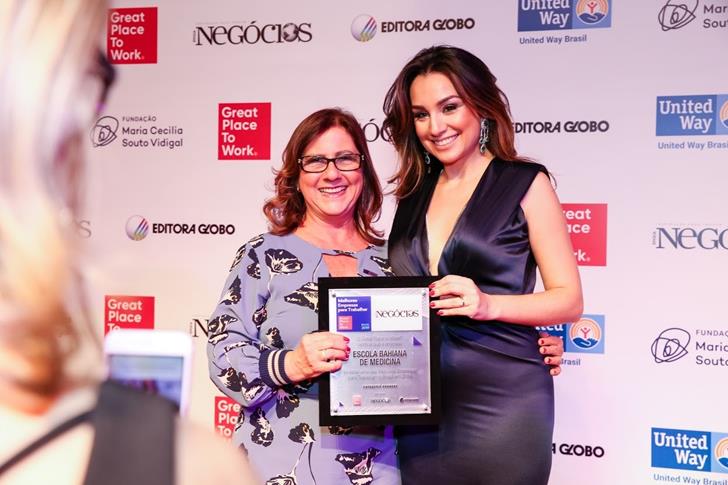 According to the national GPTW ranking, while the national average reached 85% of employee satisfaction in relation to their companies, the Bahiana reached the 88% mark. In the item "Cultural Practices", the Bahiana obtained an approval percentage of 73%. According to Telma, the Cultural Practices item consists of actions that the Bahiana develops and that are people-oriented. "We have more than one hundred practices aimed at people, ranging from benefits, integration between employees and the format of the selection process for candidates for new vacancies, reception of new employees, among others. It is the way the institution relates to its employees . Today, of the vacancies we offer a year, 56% are occupied by employees of the institution itself, through internal selections", he points out. The institution's final average, including all evaluated criteria, was 83% and the national average, 82%. 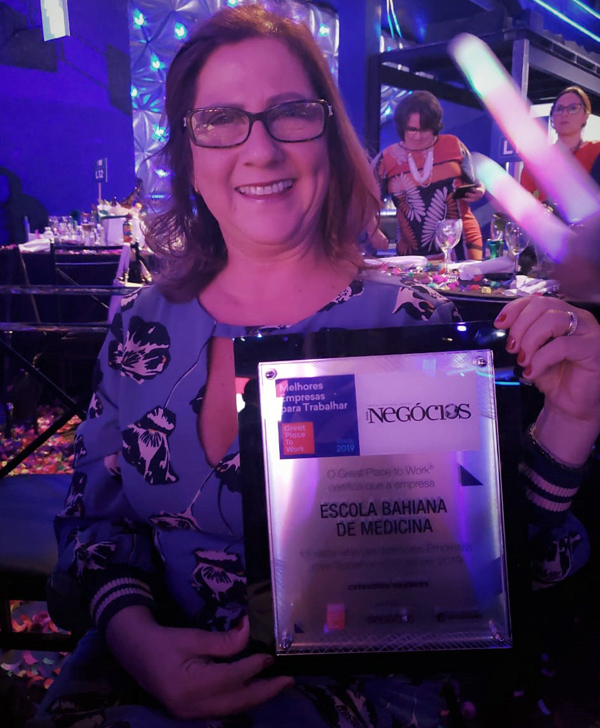 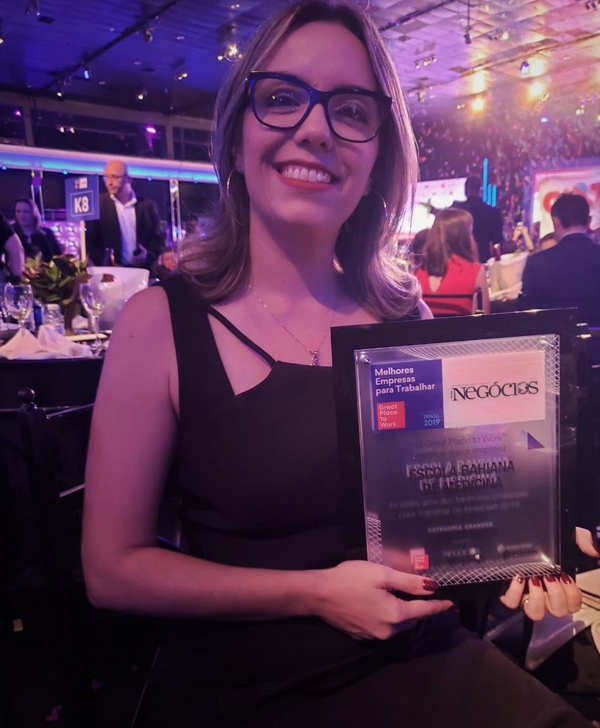 Regarding the results of recent years, in which the Bahiana has advanced in GPTW placements, Telma believes that success is a reflection of a policy of transparency within the institution. "We have advanced because we are increasingly developing a relationship of trust, through transparency in processes. With more fluid communication between the areas and GEPAP, we seek to understand people's needs, undertaking together and making these people become protagonists of the changes that will meet their needs".

Another highlight, according to Telma, was the improvement in communication: "Last year, we took a leap because we aligned communication, eliminating distortions in information. This year, we are consolidating trust and credibility, giving more evidence to idea that we are walking together, responding to requests and implementing feasible actions”.

Telma says that, for some time, the Bahiana has been implementing new strategies to intensify the dialogue with employees, in order to meet demands and work to meet their expectations regarding these improvements. Since 2017, the institution has been conducting listening workshops, in which the employee can contribute with suggestions, criticisms and new ideas, so that new action plans are drawn up in order to implement improvements in the company.

The person responsible for holding these meetings is Louise Tango. She assesses that the growth of Bahiana in the GPTW awards is a reflection of institutional values ​​inserted in the daily lives of employees: "People follow the humanization values ​​of Bahiana. They take care of each other a lot, they are concerned about their colleagues, their managers. I see this a lot in workshops. This has a lot to do with the idea of ​​well-being and health, which is the institution's soul."

The 23rd edition of the Best Companies to Work For – GPTW Brasil ranking included 150 organizations that received the recognition award, being 80 large, 35 medium, nationwide, and 35 medium multinationals. In all, 2.645 companies were enrolled in the process, representing 1.305.881 employees.

Partnerships with international academic institutions, continuous training of employees, expansion and implementation of new benefits are some of the attributes that have been added to the daily life of the family at Bahiana, which directly reflects on the institution's progress, year after year, in GPTW placements. 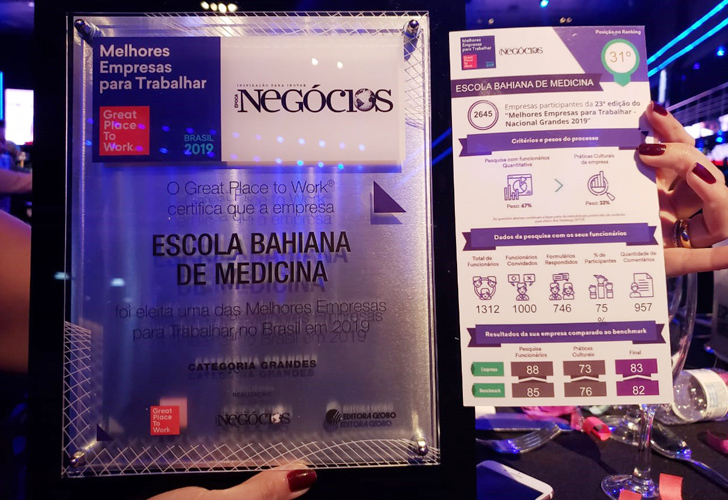 Coined with the institution's humanistic values, the benefits are always planned and implemented with a focus on the well-being of the employee and their family. Realizing that the institution's staff has 66% of female employees of childbearing age, some policies were adopted specifically for this functional profile, such as reducing the workload for mothers who have returned from maternity leave during the baby's first year of life – with salary reduction authorized by the collaborator. Another action is the non-compensation in the workload of institutional breaks for mothers with children up to 2 years old.