Debate was the result of the presentation of the lecture "Coisa de Pele: a sung lecture about racism in Brazil".

Tell me I'm ridiculous,
In your eyes I'm frowned upon,
He even says I'm bad tempered
You think I'm beautiful, beautiful!
Ilê Aiye...!

black is always villain
Until, my dear, prove that you don't
Is it my racism? Not


The song “Ilê de Luz”, by composer Suka (Carlos Lima), was one of the songs chosen by professor Vitor Queiroz, graduated in History, master in Social History of Culture and doctor in Social Anthropology, from Unicamp, and by the musician and composer Luciano Salvador Bahia to illustrate the lecture "Coisa de Pele: a sung lecture about racism in Brazil", which happened on the morning of April 24, at the Cabula Campus.

Initiative of the coordination of People Development, in partnership with the Common Nucleus of Bahiana, the lecture was aimed at students from all courses at the Bahiana that participate in the Candeal Program, but this did not prevent the event from receiving professors, course coordinators, guests and the Extension Deans, prof. ª Carolina Pedroza, and Undergraduate and Graduate Teaching, prof. ª Maria de Lourdes de Freitas Gomes.

In his lecture, professor Vitor Queiroz and musician Luciano Salvador Bahia invite the audience to reflect on the issue of racism, through a narrative that goes back to slavery from the beginning of the history of Colonial Brazil to the present day, always highlighting historical facts and recent episodes. Vitor emphasizes the importance of dialogue with health students, “because students, along with other opinion makers, will be the people who will have the authority to found and sustain new guidelines.

"This lecture is a conversation with institutions, mainly institutions that deal directly with the modern gods, who are: the doctor, the legal practitioner and the economist. Anyway, if these people who are listened to, they are socially very important because they go on television , go to various channels to tell the population what to do, it is super important to talk to these people so that they know about the authority they have and what is involved in it. Therefore, in the lecture, I tried to bring the link of medical institutions Bahia with social problems", explains Vitor. The geography professor and law student, Marilene Silva Almeida, points out the great advance of the Bahiana in proposing a discussion on racism in Brazil: "In the past, a discussion like this, in a private health training institution, was overlooked, it was not aired. So I realized that arriving here today, within this panorama, was a leap, an opening that I never thought I would watch. Because it is in these spaces that we have to start breaking down these barriers and creating a new paradigm. Bahiana congratulations because it is opening the doors to address issues like this".

The second semester student of the Medicine course, Vitória Brandão, evaluates, in a positive way, the events that have been promoted by the Bahiana for better training of health professionals. "In addition to being necessary, this type of discussion is vital, this type of debate that brings up issues that we do not see through matters of anatomy, physiology. This vision is built here, in the debate, in conversation. Dealing with racism as health, dealing with sexism as health is necessary in all possibilities of health care in Brazil. I thought the faculty's initiative to bring these conversation circles was very good. May they bring more, please, on other subjects, such as feminism, lgbtphobia... All this. So I'm really happy!".

Luiza Ribeiro points out that the Bahiana has been carrying out a series of initiatives aimed at discussing the Brazilian reality, with art as a mediating element: "We chose the sung lecture 'Coisa de Pele: questions about racism in Brazil' for the Candeal Program group, because they are in the field , they are going to the territory. So they need to understand the social relations that take place there in that field in which they are present and making a change. They are taking health promotion and education. Those who promote health in a community are, yes, taking the possibility of people transforming their lives, informing themselves and taking different attitudes. So the racial issue also enters into this context of discussion".

Within the set of initiatives of the People Development Coordination, the Bahiana he has already received the plays "Criança Viada", about homophobia, and "En(cruz)ilhada", about racism. 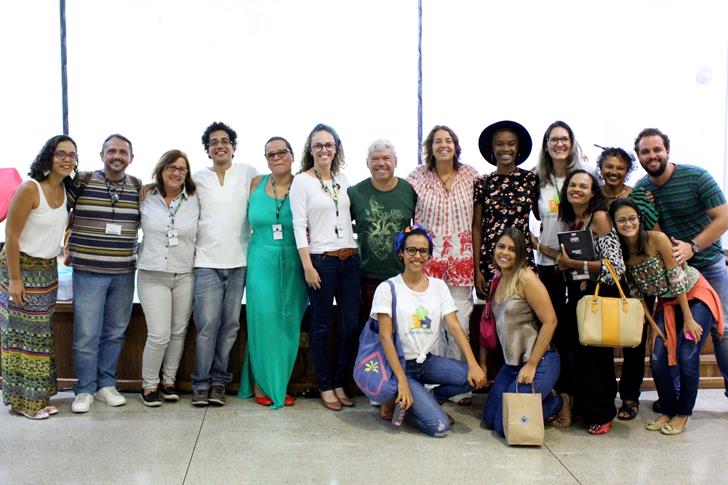