Students from various institutions, professors and health professionals were able to enjoy the famous acarajé offered by Escola Bahiana de Medicina e Saúde Pública in the XX Science with Acarajé – Organoides: the mini-organs created in the laboratory. The event took place on September 27, from 18 pm to 21 pm, at Auditorium II, Campus Cabula.

The meeting, open to the public, aimed to share ideas in a relaxed way, aiming to popularize science and debate thoughts. Therefore, the lectures covered current themes of great relevance to the Brazilian and world scenarios. The coordination was in charge of the PhD professor in Chemistry, Sidney Carlos de Jesus Santana, in partnership with the Tutorial Biomedicine Education Program – PET. 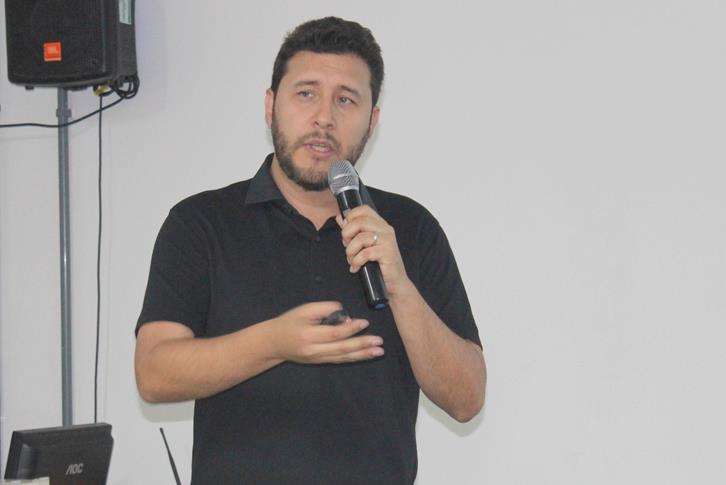 Sidney explained that the initiative is already part of PET Biomedicina's routine, which is one of the oldest projects in the course and that it has been expanded with each edition: “We brainstormed ideas suggested by professors and academics. Then, we held a vote through social media. Thus, the most voted proposal was chosen”.

In this 20th edition of Ciência com Acarajé, two speakers participated: the medical biologist, Bruno Diaz Paredes, who currently works as a researcher at the Center for Biotechnology and Cell Therapy (CBTC), at Hospital São Rafael, and has experience in the area of ​​biomedicine , with emphasis on adult and pluripotent cardiopathies, liver diseases and stem cells; and master's student Gabriela Louise Sampaio, also from the CBTC, who works in the area of ​​human and experimental pathology.

For Professor Sidney, topics like this help academics to get to know what technology exists and how “state-of-the-art” innovation has been taking place at the Research Centers in Bahia. Based on this proposal, it is possible to stimulate the curiosity of students from different areas of health, enabling them to be future researchers, committed to saving or prolonging human life. As for the topic addressed, Sidney Santana highlights that the aim is to seek answers in relation to various diseases related to human beings, as well as to achieve advances in the area of ​​regenerative medicine. 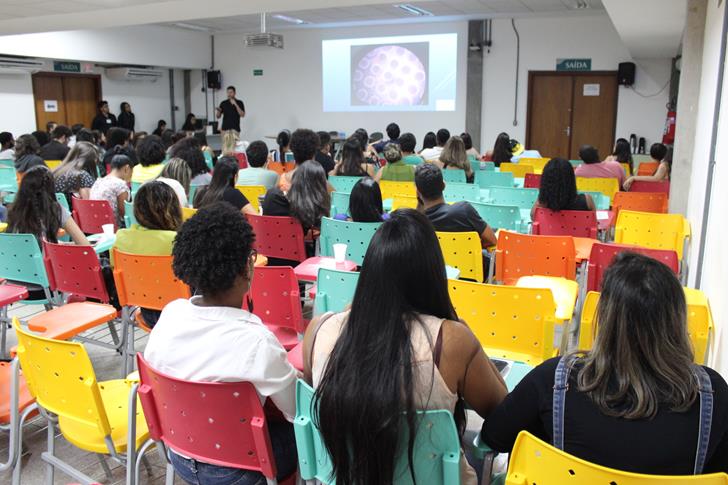 “Organoids meet the need for more reliable and more effective tests. Two-dimensional cultures and integrated cells are used. All of this is interesting for the industry, as it reduces costs for society, since it won't be necessary to use animals, and for people, since it becomes safer because it is a technology with human cells", highlights Gabriela Sampaio that he scored the satisfaction in being able to converse, in an informal way, about an innovative subject.

For Bruno, the event was super interesting and should be held frequently, as it allows professionals and students in the area to publicize their work, receiving feedback. “I believe that initiatives like this provide student researchers with a stimulus for the development of research, not only in Bahia but also in other states and outside Brazil”.

Juliana Almeida, 4th semester of Biomedicine and member of PET, considers Science with Acarajé important for providing immersion for teachers and students in new health trends. And it was because of the contemporary theme that the 6th semester Biomedicine student at UNIFACS, Letícia Moura, was enchanted by the meeting: “it is incredible to have a mechanism that allows us to study diseases, new drugs and the functioning of the human organism. It is very significant that the Bahiana worry about such current issues. Opening this space to students who are not from the house is very positive, as it includes colleagues from other institutions”.