Event brought together academics, graduates, professors and students from other HEIs.

In addition to promoting the dissemination and exchange of knowledge, the VII Symposium on Biomedicine of Bahiana, which took place on May 4th and 5th, at Campus Cabula, celebrated the 15th anniversary of the course's creation. The ceremony, held on the second day of the event, was opened with the special participation of Neojibá's Plucked String Quartet.

The course coordinator, prof. Geraldo Argolo and the symposium coordinator, Prof. Siane Campos. "This is a very special moment for the Biomedicine course at Bahiana, who turns 15 years old. We are all meeting and meeting again. We had a meeting of graduates, in which we were able to see our former students and find out where they are working," declared Siane. The coordination had the support of PET Biomedicina, the Academic Leagues of the course, the Biomedicine Athletic Association and some undergraduate students. Professors, employees and the coordinator of People Development, Luiza Ribeiro, representing the dean of Bahiana, Dr. Maria Luisa Carvalho Soliani.

Aimed at students and professionals in Biomedicine and other areas of health, the event also aimed to complement the training of participants with lectures, short courses, round tables and sections for exposition of scientific works, aiming at the construction of a practice innovation for technological development in the biomedical area. 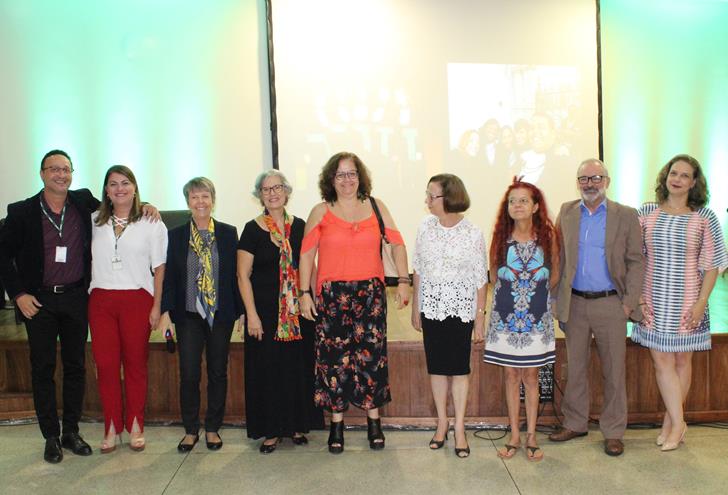 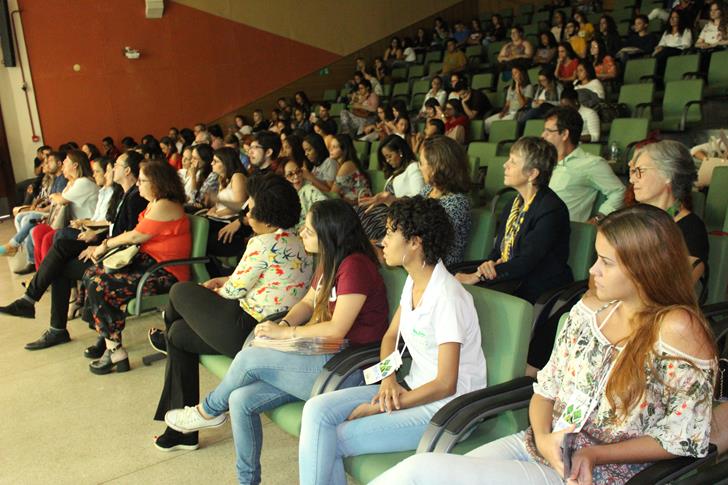 The objective was perceived by a group of students from the Faculty Maria Milza (FAMAM), located in the municipality of Governador Mangabeira, who participated in the event. Taise Queiroz Maia, 1st semester student of Biomedicine at FAMAM, says she was attracted to participate in the journey to acquire more knowledge. "This is very important, especially for our career." The academic declares that she participated in the mini courses of Clinical Analysis and Cytopathology and highlighted the competence of the professionals who taught the classes.

For Taíse's colleague, Railine Barbosa Salgado, the participation in academic events from other institutions leads students to broaden their vision. "I thought it was good to have participated, as this opens our horizons, so that we are not focused only on our faculty, thinking that the world is limited to this universe. I was very well received and, after the short courses and all the programming, I confirmed that I chose the right area."

João Pedro Junqueira, 3rd semester student of Biomedicine at Bahiana and event monitor also highlights the importance of participating in scientific programs. "As a student, I see that participation in academic events arouse an even greater interest in the area. The past experiences of the speakers are always very positive, expanding our vision regarding the path we want to take." João explains that the

The area of ​​Biomedicine is very broad and those who enter the course often have doubts about which of the 36 areas they intend to pursue. "That's why participating in events like this is very important," he says. 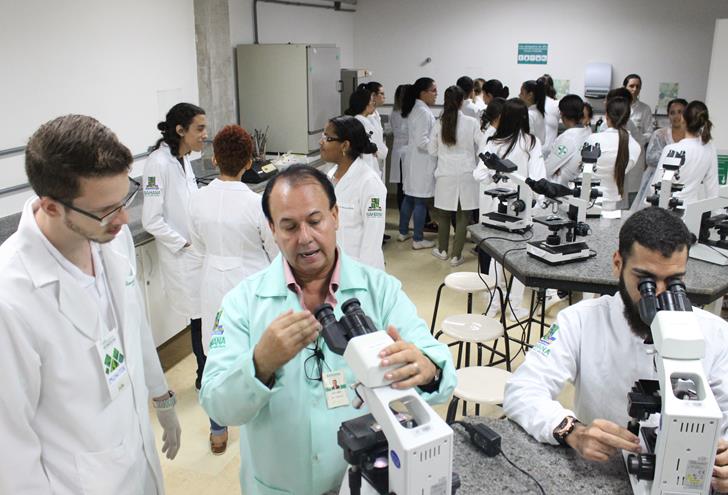 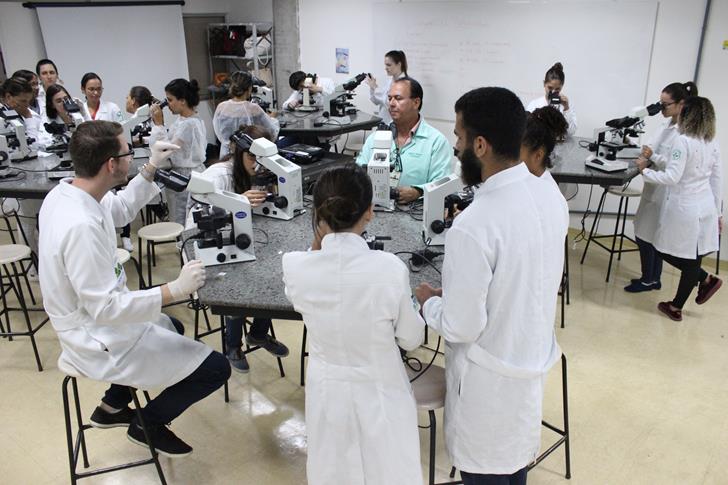 In his opening words, Professor Geraldo Argolo thanked the honored professors for their dedication. "We are very happy with their presence here, which brings a special glow to our celebration. Thanks to them, we have this course as well oiled as it is today. Within a contemporaneity, we always have new challenges and we are always in this constant search for the improvement of the course and of Biomedicine itself." 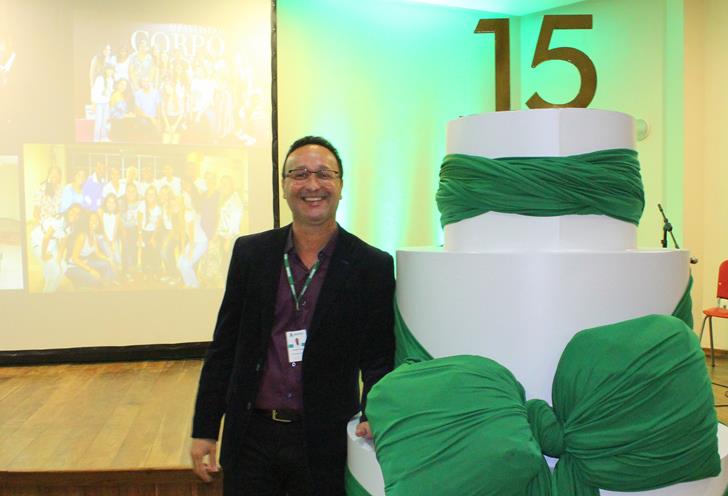 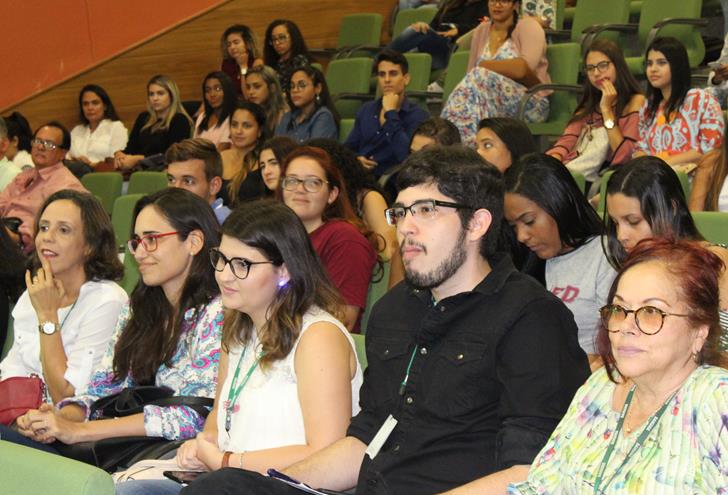 As part of the schedule of the VII Symposium on Biomedicine, the II Biomedicine Fair was held on the first day of the event. According to the activity coordinator, prof. Gabriel Queiroz, the idea of ​​the fair is to present the main areas of Biomedicine practice to students in the 1st semester. "Another objective is to unite the students of the 1st and 6th semesters of the course, who start organizing the fair one semester before the event takes place. Today, the organizing students are in the 2nd and 7th semesters," he explains.

In addition to freshmen, the fair had as its target audience students from other courses, employees and visitors of the Bahiana. The areas of clinical analysis, Bioimaging, Scientific Research, Aesthetics and Acupuncture were exposed. In this edition, the fair brought as an innovation an interactive area, where visitors could get to know all fields of biomedical education. 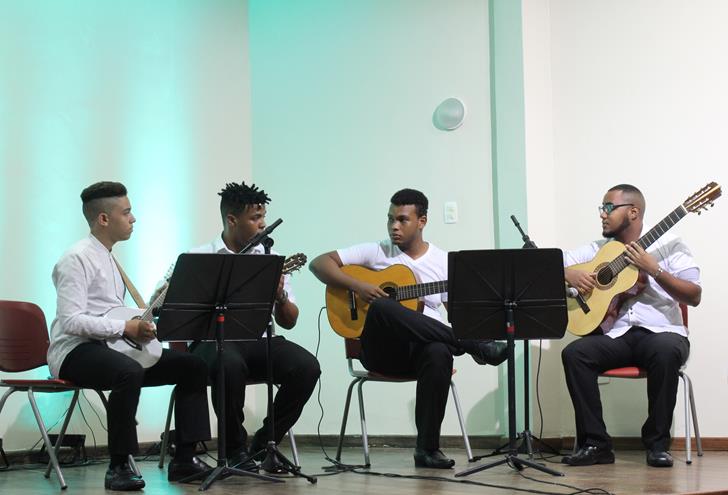 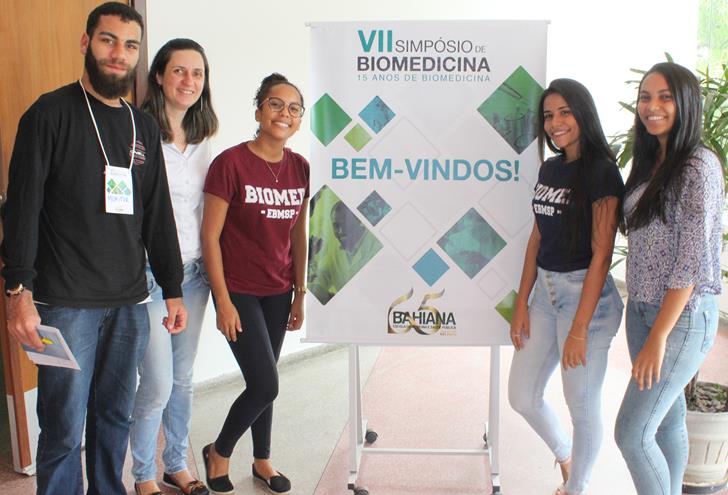 The second day of the symposium featured the lecture "The role of the biomedic in health management", given by former student of the Aline Muniz course, who started the academic activities. The lecture "The trajectory of the biomedical professional" was also held, with Dimitri Marques, from the Biomedical Union, and the roundtable "The Path of Stones: reports of success by biomedical practitioners", with the participation of graduates from the mediation course of Vanessa Brito, professor of the course.

The closing was marked by the awarding of the Geraldo Leite Award to Lucas Gentil, whose work was supervised by Professor Luciane Amorim.