Meeting debated the relationship between hormonal contraceptives and cardiovascular disease.

Discussing the relationship between hormonal contraceptives and cardiovascular diseases was the proposal of XIX Ciência com Acarajé, which took place on the night of April 26, in auditorium 3 of Campus Cabula. To present the theme, PET Biomedicina, responsible for the event, invited professor Mara Dias Pires, from the Biomedicine course at Bahiana and PhD in Human Physiology.

In her presentation, the speaker showed the history of contraception, the functioning of hormonal contraceptives, and highlighted other contraceptive methods as well. The audience included students of Medicine, Dentistry, Physiotherapy, Physical Education and Biomedicine who sold out the 150 places in just 48 hours of registration. 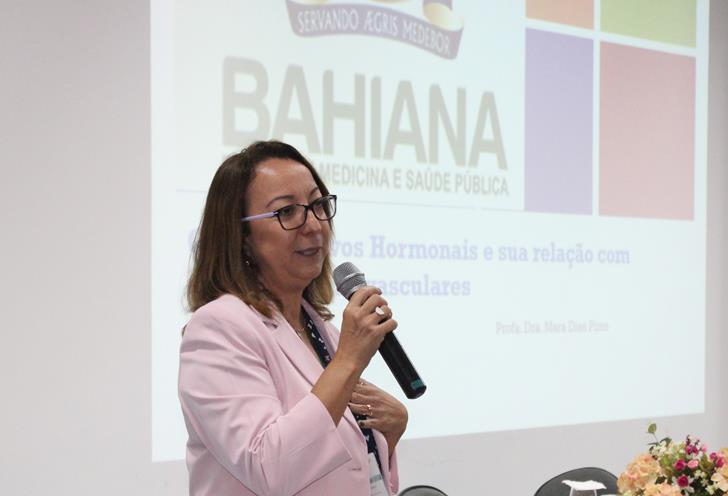 Mara Dias Pires pointed out that the topic chosen for this edition of Science with Acarajé was of paramount importance, given some incidents involving young people from the academic community of some educational institutions. "The idea of ​​this project is to bring information to the public we serve, both from PET and from other places where I work as a teacher, because we are noticing many girls with cardiovascular complications due to the misuse of contraceptives, as in the case of a young student who recently lost an eye to venous thrombosis, another student who had a serious stroke also due to a thrombosis. So, it is very important to address this subject.”

The 4th semester student of the Biomedicine course and PET member Stanislaw Dabcowsk Neto was responsible for choosing the topic. “I made this suggestion, as I had been studying the topic before. I have always been interested in human physiology related to the hormonal part of women. So I had this idea to suggest to the group.” Even though he is already interested in other topics in Biomedicine, Stanislaw admits the possibility of an unfolding of the discussion proposed at the meeting into other work possibilities. 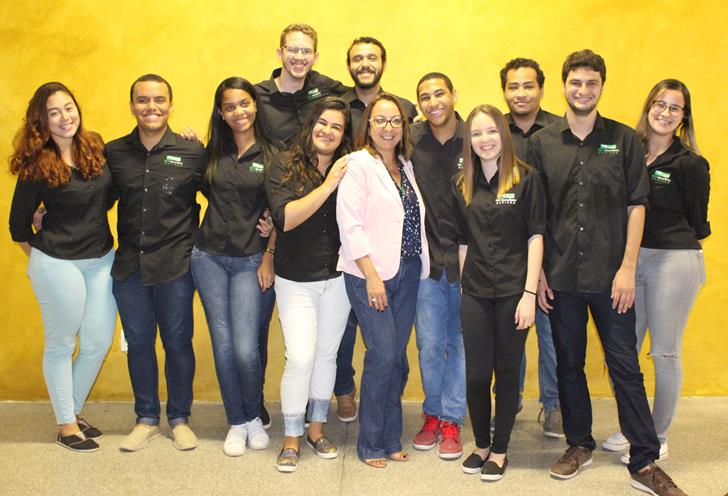 "I was super happy with the invitation because PET is a responsibility and it's also a pride of the people who are professors of Bahiana, so I prepared a lecture with the requested content, but I also bring a challenge for us to set up a project and work with education and health initially in our community of academics and collaborators at Bahiana, because there are many people who use contraceptives in the wrong way or do not have access to full information yet”, declared Mara Dias Pires, who is a pharmacist and biochemist and works with pharmaceutical care discussing the use of medication in the community.


PET Biomedicine and Science with Acarajé

According to the coordinator of PET Biomedicina, Professor Sidney Santana, the Tutorial Education Program (PET) has existed since the 1980s and has been growing every year, being focused on teaching, research and extension. “Today we have 12 scholarship holders who develop projects inside and outside the university, such as, for example, in health fairs. We take them to teach in public schools...”

In order to enrich the students' repertoire, the Cultura Baiana project is carried out, in which PET members go to museums, cinemas, watch theater plays and concerts.

Another aspect valued at PET is management. In scientific events and other actions, each participant takes on a role. “Today here, each academic has been assigned a task, from contacting the speaker to opening the event, taking care of registration and certificates, each one of them has a specific function”, explains Sidney.

In the case of Ciência com Acarajé, the theme comes from a BrainStorm, “we collect the audience's suggestions for the next event, we select the most voted theme and we go in search of the speaker. We are very much looking forward to the next one, as it will be the twentieth Science with Acarajé. We want a theme that is truly revolutionary.”