With the participation of the Italian physician and researcher Marco Bobbio, Bahiana promotes an important debate on the rationalization of medical decisions.

On the morning of October 14, in the Auditorium I of the Cabula Academic Unit, the Escola Bahiana de Medicina e Saúde Pública performed the Choosing Wisely International Symposium, receiving the campaign by the Foundation of the American Board of Internal Medicine (ABIM), of the United States of America, which began in 2012. With the initial objective of promoting a debate against unnecessary medical tests, treatments and procedures or those of unproven efficacy, the campaign has been expanded and disseminated in countries such as Canada, Italy, Japan and Brazil, among others. Under the coordination of Prof. Dr. Ana Marice Teixeira Ladeia, from Prof. Dr. Luis Cláudio Lemos Correia and Prof. Dr. Marta Silva Menezes, the symposium provided opportunities for the student and faculty community at Bahiana and from other institutions, contact with the paradigm of "less is more" and with its objective of rationalizing medical decisions in favor of the patient. 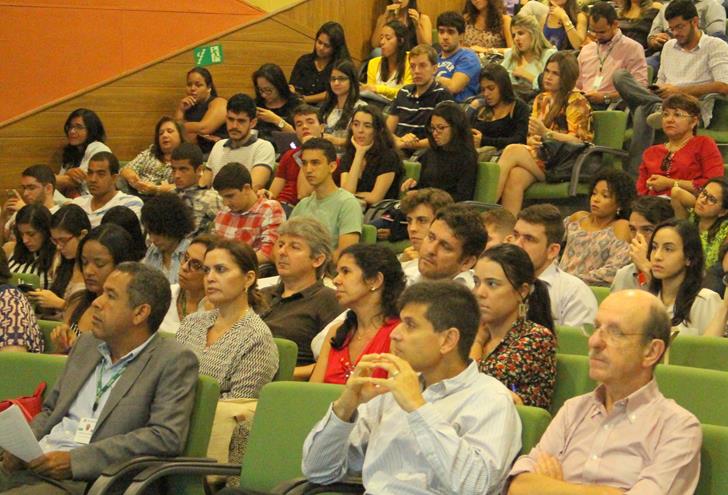 Starting work at 8:30 am, the event coordinator, Prof. Dr. Luis Cláudio Lemos Correia, invited the Italian physician Marco Bobbio, surgeon and specialist in cardiovascular diseases and medical statistics, for the presentation of his speech “The value of uncertainty in medical thinking”. The researcher presented a series of data resulting from various studies in the medical field to support his argument that the use of statistics must take into account the fact and meaning of uncertainty. Bobbio highlighted that “it is necessary to learn to deal with uncertainty, and the university is not teaching students this difficult task. We must be aware of the limits of science, accepting the uncertainty that constitutes life”.

Delivering the second speech of the event, Prof. Luis Cláudio presented the theme “Perceived safety in screening for coronary disease”. With an exhibition of studies in the field of cardiology, the professor and physician highlighted the harm that unnecessary or not proven effective procedures can cause to patients and also highlighted that “the Choosing Wisely campaign is focused on proposing a reflection on what not to do and that the evolution of this cutting edge initiative depends on the students, having as its objective, more than cost reduction, the reduction of harm to patients”. 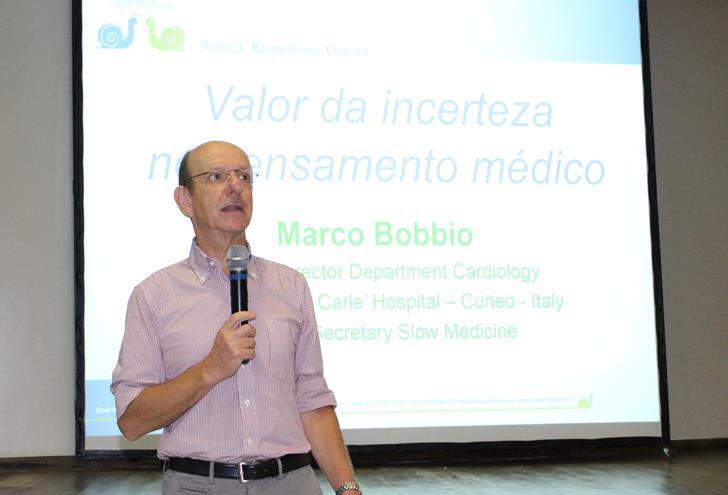 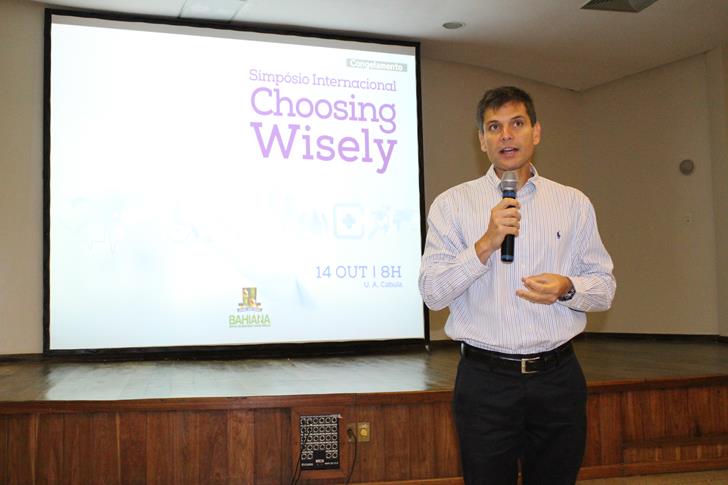 In his second speech, entitled "The paradox of popularity (the cases for breast and prostate screening)" - (The paradox of popularity - Prostate and breast screening), physician and researcher Marco Bobbio presented more specific studies, in which the increase The number of exams performed to monitor a certain disease did not coincide with the decrease in mortality caused by it and also highlighted the ethical dilemmas surrounding the best use of medical procedures.

Closing the speeches of the first part of the event, doctor Guilherme Brauner Barcellos, pioneer of the Hospital Medicine Movement in Brazil and Latin America and coordinator of Choosing Wisely Brasil, brought the theme “The strange world of conflict of interests in medicine” (O strange world of conflicts of interest in medicine), in which he presented cases of harassment by sectors of the pharmaceutical industry towards physicians and highlighted the need for these professionals to maintain their independence. “The problem is aggravated because the doctor is not always aware that he is succumbing to this harassment. But, it is necessary to talk and discuss about the subject”, highlighted Guilherme.

Instigated by the well-founded speeches and the challenges to implementing the campaign's objectives, the event's audience, consisting of physicians, health care professors and undergraduate and graduate students, asked questions and made observations based on the difficulties of their experiences and specificities of their specialties, thus developing a dense debate between guests and organizers. 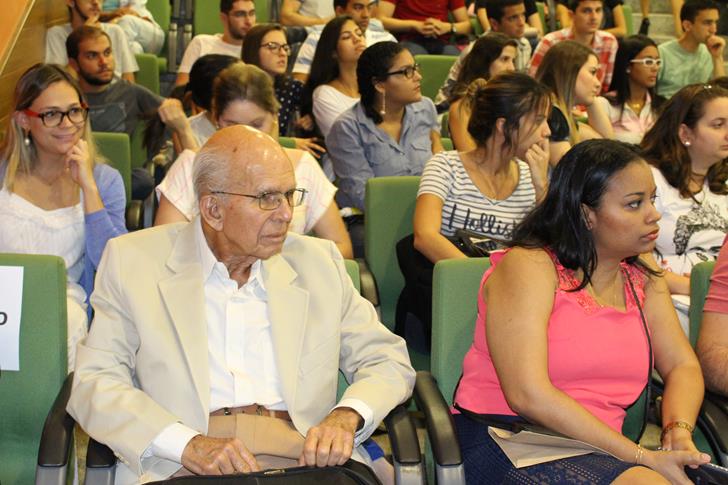 In the second part of the symposium, after the coffee break, Prof. Luis Cláudio invited the doctor Guilherme Brauner again, who presented his second speech “International and Brazilian Choosing Wisely”, in which he described the history of the campaign, as well as its way of acting. The proposal is that medical specialties themselves and other health areas, through their societies, produce recommendation lists of procedures that should be minimized, limited to specific cases or even eliminated, based on debates and discussions also promoted by the campaign .

In the last speech of the event, the Master's student in Health Technologies, from Escola Bahiana de Medicina e Saúde Pública, Marília Menezes Gusmão, supervisor of Prof. Dr. Marta Silva Menezes, brought the theme “Bahiana's Medical Choosing Wisely Campaign” (EBMSP's Choosing Wisely Campaign). After presenting the results of studies that corroborate the need for the campaign, the researcher also presented the stages of a collective research in which she is working and which aims to describe the application of Choosing Wisely's goals with students and teachers at Bahiana. “Care is, and should be, the most important element in the health area, and the themes of health care costs and the need for cost-consciousness should also be addressed at graduation”, emphasizes Marília. 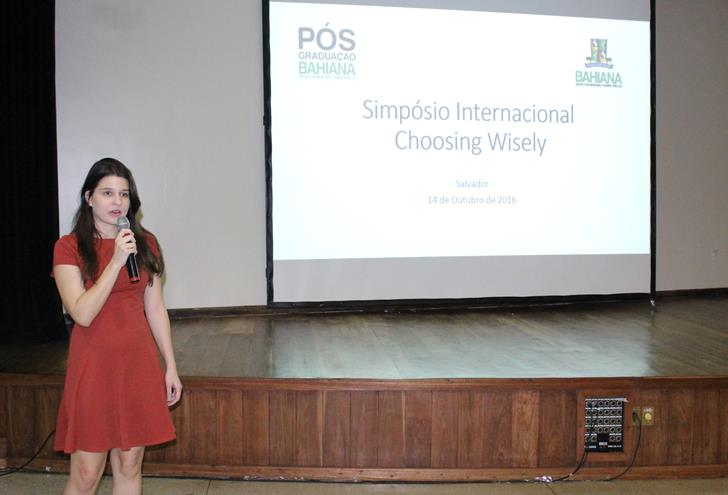 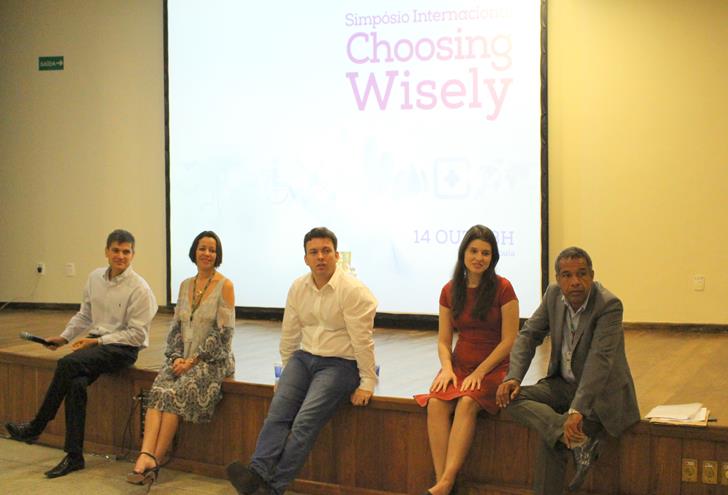 After midday, the symposium ended with a new round of debates open to the public, with professors and students intensely exposing their doubts and perspectives. Amidst the crowded auditorium, some students shared their impressions. For the student Alessandra Oliveira de Santana, 5th semester of the Medicine course at Bahiana, the event was interesting, mainly because it brought a topic not covered in the academic curriculum and also because of the contact with the experiences of professionals from other institutions, which is enriching. “It's the first time I've heard about Choosing Wisely, I got interested and I'm going to research the topic”, highlights Alessandra. The student Gabriel Grisi, 3rd semester of the Medicine course at Bahiana, in turn, emphasizes the importance of the institution “providing events like this, internationally recognized, which are already bringing development and also allowing us to receive training that encompasses awareness of these other aspects”.