There is clear evidence that humanity has adopted a consumption pattern far beyond the planet's regenerative capacity. Not acting became an act of irresponsibility.

Fulfilling its mission of contributing to sociocultural and environmental development, in 2017, the School Bahiana constituted the Committee Bahiana Verde with the objective of structuring its socio-environmental policy and disseminating the culture of care for the Planet and all beings that inhabit it.

With a multidisciplinary team composed of professors, managers and technicians from different areas of the institution, the Bahiana Verde deliberates and executes socio-environmental education projects and actions, based on the concept of integral health and collective health. 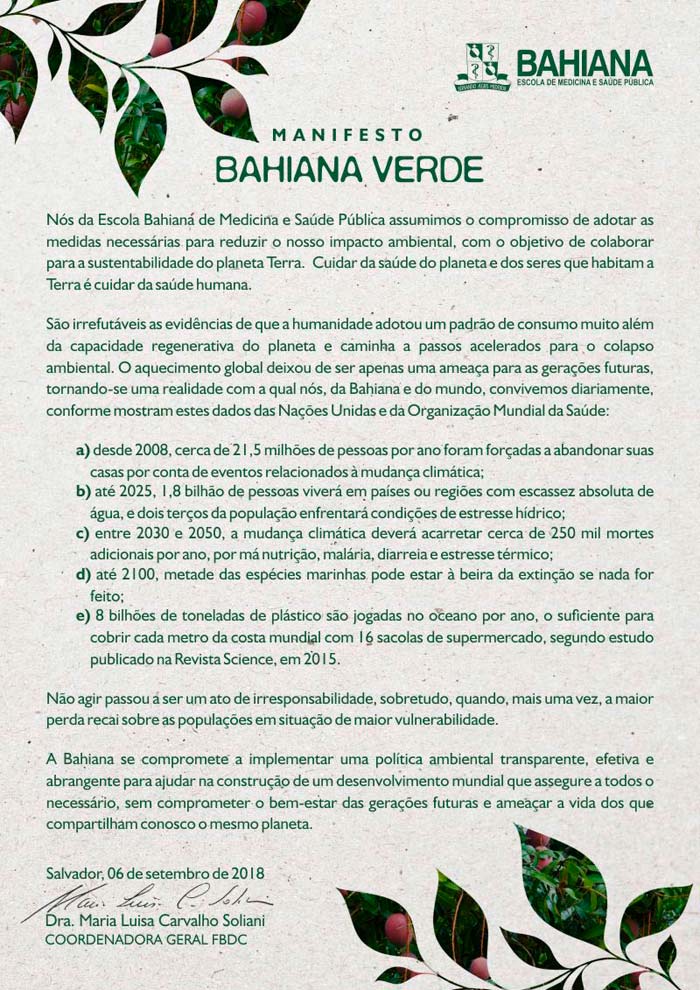